Three feet across, they’re stripping the ocean floor of other forms of life. You’re going to need a bigger pot … 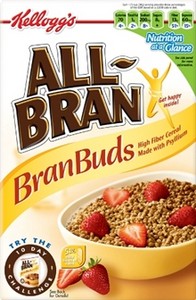 This guy clearly needs more fiber in his diet:

A law enforcement official said the man was Nigerian and had locked himself in the airliner’s bathroom. The official spoke on condition of anonymity because the investigation was ongoing.

Delta Air Lines spokeswoman Susan Elliott said crew members requested that security remove the man from Flight 253 after he became disruptive. The remaining 255 passengers got off safely, she said.

Airport spokesman Scott Wintner said it was the same flight on which a man tried to set off an explosive on Christmas Day.

Dude spent more than an hour in the bathroom. 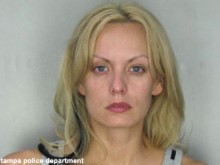 I don’t suppose I’ll be chastised for putting this picture of Stormy up:

Stormy Daniels, an adult entertainer who’s considering running for Senate from Louisiana, was arrested Saturday on a domestic violence charge in Tampa, Fla.

Daniels was charged with battery after she allegedly hit her husband, Michael Mosny, over the head with her hands. According to the police report, she was angry about a bill Mosny hadn’t paid and about the way his father had done the laundry. She broke a flower pot and a few glass candle holders, threw their wedding album on the floor and allegedly hit her husband while struggling to get the car keys from him. She denied hitting him intentionally.

Neither Mosny nor Daniels, whose real name is Stephanie Clifford, were injured. Daniels was held overnight and released on $1,000 bond.

Still, it’s not as if she paid anyone for sex.

DEVELOPING HARD: Mark Buehrle, of the Chicago White Sox, throws a perfect game this afternoon.  Twenty-seven up, twenty-seven down. It’s happened 17 times (including today) in the past 110 years.

nobama08 wrote:
Now that the Sox have one, Obama can tax perfect games, too.

I fucking give up.

I have officially abandoned all hope:

For $25,000 to $250,000, The Washington Post is offering lobbyists and association executives off-the-record, nonconfrontational access to “those powerful few” — Obama administration officials, members of Congress, and the paper’s own reporters and editors.

The astonishing offer is detailed in a flier circulated Wednesday to a health care lobbyist, who provided it to a reporter because the lobbyist said he feels it’s a conflict for the paper to charge for access to, as the flier says, its “health care reporting and editorial staff.”

Have I mentioned how much I hate fucking Fred Hiatt?

END_OF_DOCUMENT_TOKEN_TO_BE_REPLACED

Motion To Strike The Voter

We can talk at length about Florida 2000 and Diebold and black-box voting and all that stuff.  But may we have a moment to consider the fact that some voters — regardless of political persuasion — are just bone stupid?

Take, for instance, Minnesota.  Apparently the Senate election is now down to a bunch of state officials trying to discern the intent of the stupidest voters in the state.  Now, I am a firm adherent to the theory that, of all electoral systems out there, the hardest to screw up is pen-on-paper balloting.  Yet there they are.  Ballots with the mark placed squarely between Norm Coleman’s name and Al Franken’s name.  Ballots with two selections, where the ballot clearly says “VOTE FOR ONE, DUMMY.”  Ballots with a filled-in oval for one name, and a check mark for the other.  Ballots with a clearish selection, but with a cartoon drawn on the ballot to make the selection unclear.

And the decisions on the intent of the stupidest voters available will decide who goes to the Senate. Oy. Caligutard Lunges for Michelle's Taut Delicious Derriere as Michelle Comforts Laura and President Elect Barack Obama Chuckles in Disbelief. "Everyone told me he was gay," Obama said, "Something about him and Victor Ashe being a thing."

The historic meeting of the Caligutard, America’s first mentally retarded president, and Barack Obama, America’s first mocha president elect, ended with Mr Obama pulling his wife, Michelle, away from the Caligutard when he lunged for her extended bottom as she leaned over to comfort First Lady Laura Bush, who lives in a perpetual state of suicidal depression from living with the president.

Michelle Obama jerked back suddenly when her husband pulled her away and she saw the Caligutard was displaying an erection that looked exactly like a donkey. “Ooooh, Pedro, he like you, senora,” Caligutard cooed.