“Rice hit a spectator on the sixth hole at Pebble Beach on Thursday after a bad swing went 50 yards into the gallery. The ball smacked the female fan in the forehead, causing what was later called concussion-like symptoms…” [Yahoo, via Political Wire]

Whose Housing Bubble Is It, Anyway?…

“Nearly four years after National Gypsum shuttered its drywall plant in Lorain, Republican presidential candidate Mitt Romney will reuse the facility on Henderson Drive as a backdrop for his message that President Barack Obama has failed to create jobs.” The plant closed in June 2008. [Cleveland Plain Dealer, via Political Wire] 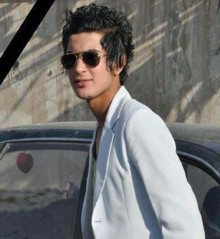 Activists told the Cairo-based al-Akhbar daily that at least 90 Iraqi teenagers with “emo” appearances have been stoned to death by the Moral Police in the country in the past month. The violent crackdown against “emo” Iraqi teenagers came after the Iraqi interior ministry declared them as “devil worshippers.”

“The ‘Emo phenomenon’ or devil worshiping is being probed by the Moral Police who have the approval to eliminate it as soon as possible since it’s detrimentally affecting the society and becoming a danger,” according to a statement by the interior ministry.

It’s sad that dictators are generally replaced by religious zealots in the Middle East. Works out so well for ordinary people.

Funny, We Tried to Cancel Rumsfeld in 2003

The Years of Shame [Krugman/NYT]

Bush Iconography At A Glance

We Hear The Hague is Lovely in the Spring…

“A planned trip by Bush to speak at the Switzerland-based United Israel Appeal later this week has been canceled after several human rights groups called for Swiss authorities to arrest Bush and investigate him for authorizing torture. Bush has traveled widely since leaving office, but not to Europe, where there is a strong tradition of international prosecutions.” [Salon]