Stinque
Home Latest Comments Log in
If it smells, we’re on it.
Stinque
Cassandra was right.
Oh Do Shut Up
« later • earlier »
Oh Do Shut Up

The Joys Of Free Republic

In re Maine (The Way Life Should Be), your friendly neighborhood Freepers have a few things to say about what happened today.  Like, for instance —

Keep pushing libs, you may push us into civil war.

Resolved: that this whiny little bitch should bring it, thereby “putting up” — as opposed to “shutting up.”

(Noted: the same commenter asked, later, “can’t we cede Maine to Nova Scotia?” and steadily progressed downwards from there.  Another has issued the inevitable call to boycott L.L. Bean.  They really are grasping at straws now, aren’t they?) 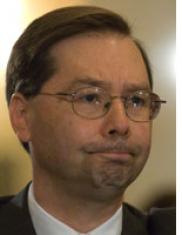 Haven’t seen this guy over at The Corner yet. Let us see what he has for us, hmm?

Democrats complained endlessly about the supposed “politicization” of the Bush Justice Department. When asked about this at his confirmation hearing, Eric Holder piously pledged that his Justice Department would “serve justice” and “not the fleeting interests of any political party.” America, he intoned, was “in dire need of a less political and more independent Justice Department.”

But an e-mail and flyer recently circulated to Justice Department employees indicate Attorney General Holder has an interesting definition of what it means to be “less political.” The flyer invites all employees to attend a speech in the main Justice building on Pennsylvania Avenue. In fact, it notes, all “supervisors are encouraged to grant official time to employees to attend this event.”

And what pillar of the legal profession will be lecturing Justice employees to help them “serve justice” in a “less political” way? Why, none other than Donna Brazile, whose own website biography describes her as a “veteran Democratic political strategist” and a Vice Chairman at the Democratic National Committee. Brazile is marketed by more than one speaker’s bureau at a cost ranging from $10,000 to $20,000. The flyer doesn’t say how many taxpayer dollars are going to pay a Democratic political consultant to speak to career employees at the Justice Department (sounds like a good FOIA request). Good thing the Department is no longer politicized.

So, to sum up: stacking the office with loyal GOP hands, with selections overseen by a graduate of a Tier Twenty-Six law school that, oddly enough, is run by a preacher? These things happen. But a brown-bag lunch with a political operative will totally destroy the image of the DoJ and CANNOT BE TOLERATED.

Yeah. This guy totally should have been on the FEC. 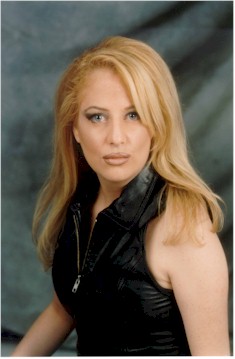 Nothing says, "I'm more of a badass than Ann Coulter" like a leather vest and chola makeup.

“If you take your kids to see Watchmen, you’re a moron.

If you see it yourself, you’re also probably a moron and a vapid, indecent human being.”

Now, I agree with the first statement – and apparently, so does the Motion Picture Association of America, which gave the film an R rating. But does the second statement not, by default, name her as a vapid, indecent human being? Oh, right, she was just performing a service for dull-minded parents who do whatever their kids tell them to do.

If you’re wondering why her name sounds familiar, you might know her as the author of a twice-weekly column entitled, “Debbie Does Politics.” She is a role model for the children, really.  And drag queens.

END_OF_DOCUMENT_TOKEN_TO_BE_REPLACED

Hey, This Is Fun! 1. Has anybody seen Bobby Jindal’s birth certificate? WHAT IS HE HIDING FROM US?

“For some reason, I am portrayed as the one who is evil in formulating policies that people disagree with. I consider myself a casualty, one of the many casualties of the war on terror.”

I don’t know whether to laugh or cry.

Actually, on second thought, I am going to go off the board here and select “smash fist through wall.”

Oh, David Foster. You are just too cute for words.

With Celine Dion, we were selling 25 million records a pop. Pop stands for popular. It means we’re plugging into the masses. So all the hipsters that are selling 300,000 [copies] and they’re on [a rock station] and all that … it’s great. And I like that kind of music, but so what? They’re not making any money. And it is about making money, too, right?

Listen: I was in a club in London this week, on suggestion of a friendly clerk at a Notting Hill record store. There was a band from Perth called The Snowmen. They may not have been terribly talented, but they showed more pure emotion in a one-hour set than David Foster has ever genuinely felt in his entire life.

And this is not rare — I’ve been to clubs in San Francisco, Chicago, D.C., etc. It’s not made up, pre-packaged crap, or a focus-grouped profit-oriented angle. It’s real, honest entertainment.

So they aren’t swimming in it. Big deal. Foster should get himself to an indie show and take notes. Pronto.

Daffy, Broke, Twice-Wifeless Joe Rages at Obama for Proposing to Tax Him When He Becomes a Billionaire

Joe the Plumber, the twice divorced babbling twit from Ohio that the Psychogeezer campaign has adopted as a combination demented house pet, economic advisor and spokesperson apparently keeps his head shaved because it makes it real easy to slick it up with transmission fluid and shove it up his own ass when he speaks, making him the perfect guest for Fox News.