Stinque
Home Latest Comments Log in
If it smells, we’re on it.
Stinque
Mastodon: @stinque@mas.to
Psychometer
Masters of the Universe, Our Long National Nightmare, Psychometer, Sociopaths

Roy Moore is only the first mutant freak from hell that TRUMPLIGULA! will herd into the House and Senate to transform the Congress from a deliberative organization to a barnyard of howling freaks and face-eating monsters, mostly from neoconfederate states that have been emboldened by the neonazi ravings of TRUMPLIGULA!.

In fact, as sane human beings are dissuaded from engaging in politics in AMERICA! and the entire enterprise descends into howling madness, the only entrees into congressional races we can expect from here on out are face-eating maniacs, arsonists, mass murderers, cannibals, arsonists,  bestial goat-lapping tweetee rappers and bug-eyed necrophiliacs to MAGA!

END_OF_DOCUMENT_TOKEN_TO_BE_REPLACED 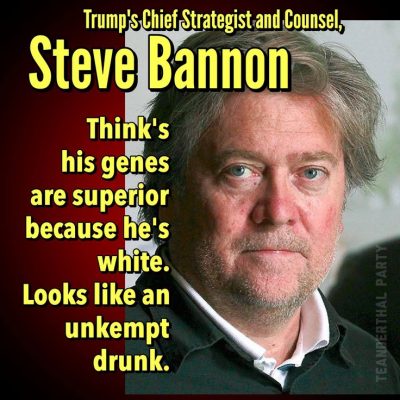 Insane neonazi psychopath Steve Bannon’s declaration of war is a moment which should steel all writers, foreign and domestic, simple and majestic, and editors of any media instrument who give a flying fuck about anything, anything at all, to strike back with truth and fury and with extreme fucking prejudice to drown this twisted freak in shit.

Here’s the plan to deal with neonazi Sarah Palin biographer drunk Steve Bannon. Locate the largest drums of rancid clams you can find – the skunkier the better. Duct tape your nose closed and woof them down with all the purpose you can muster, inspired with the knowledge that this piece of dog shit must be discredited and ejected from the civil society he claims to defend.

END_OF_DOCUMENT_TOKEN_TO_BE_REPLACED

The fault, dear cynics, lay not in the concept, but myself.  We were all gung-ho to track the stupid.  Then real life happened to your humble servant.  Now we look at it and the House segment of the Congressional Record runs to almost 1600 pages.  Sifting through that to find every stupid thing that the GOP said for the record?  Though offers for help came (and thank you, btw), you could put the entire staff of a major metropolitan newspaper to that task, and it would never get done.  Through my overreaching and reality-based sloth, the idea has wasted away, and has now died through my own fault, through my own grievous fault.

So hail and farewell to Psychometer — an ingenious plan that turned into a brilliant mistake.  Sleep well.

Part of this is down to me watching oodles of Sport.  Part of it, too, is that I finally decided to get a new car (first in eleven years — which tells you all you need to know about my love of the car retailing industry — a dark blue Mustang V6 convertible if you must know).  But I am wanting for nominees for this week’s Psychometer.

But you ask: “what? Are you blind? The Talibunny’s “blood libel” speech counts, doesn’t it?” See, I envisioned the Psychometer as a tool to measure how badly Republicans would do it if they had unified control over the government again.  The point is, after this week, Sarah Palin will not, under any circumstances, hold any lever of power in the United States of America.

If you can tell me how any truly moderate person in this country (who are supposedly the pivot-point on which all elections swing) would ever pick Sarah Plain and Dumb over Black Eagle, please…. enlighten me.  Absent that: Sarah Palin quotes, in my mind, are out — because she will never, ever get elected to anything, ever again.

(There’s that.  But also: I can’t find a source on Louis Gohmert’s (Tex.) claim that Jared Loughner is some sort of ideal citizen for dirty hippie liberals.)

That’s my thinking this week.  Please add yours.

Calm Before The Storm

An editor’s note: this post was researched and drafted late Saturday morning (CT), with the tweets on which they were based sent by me around noon.  And then, after a dash to the laundry room, I turned on the TV and heard the news.

The title you see here was initially chosen because of the fact that — as the first draft put it — “a Nor’easter full of wind, snow and stupid is due next week when they bring up the (oh, dear) ‘Repealing the Job-Killing Health Care Law Act.'”  But, of course, that vote isn’t going to happen next week, given what has happened.  And yet the title remains on this post, unchanged; to some extent, it still seems apt, in a very odd way.

The Psychometer was launched in the last week as a way to call attention to the fact that House GOP members sometimes lose their grip, in a way that allowed for audience participation, and was fun in general.  But maybe, now, it will serve as one of thousands of canaries in a coal mine.  (If it continues at all — that discussion can also happen, and perhaps should.)

Everybody is swearing-off hyperbolic, emotionally-loaded language now.  They’re saying that they’re going to be more civil, to “disagree without being disagreeable.”  But you watch how long that lasts.  And, in its way, the Psychometer will watch too, if in fact it remains a going concern. 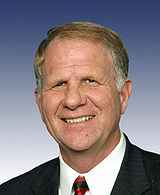 Will, for example, Ted Poe (Tex.) take it down a notch?  If you don’t know him yet, he’s entering his fourth term, and was a judge from the Gulf Coast north and east of Houston.  He was one of those judges who handed out Scarlet Letter sentences — sandwich boards saying “I’m a thief” and such.  Also, he has this adorable habit of closing every speech he gives by saying: “…and that’s just the way it is.” Perhaps it is an homage to Jim “BEAM ME UP!” Traficant. (Or, perhaps, he’s just a fool.)

Anyway: he had several rants this week — a couple about border security, and one on the plight of a guy who flew the American flag but got hammered by a homeowner’s association. (To be fair: homeowner’s associations are a bunch of suburban busybodies who are obsessed with perfection. Screw ’em.)  But, those comments didn’t make the cut in my eyes.  What did get nominated?  This:

Now that’s some Grade A Crazy.  Slavery and dictatorship in the same breath, almost.  So the question is this: does this sort of statement get made after what happened yesterday?  If so, how soon from now, and to what level?

That discussion continues post-jump, together with Mike Pence giving himself a stump-speech talking point at the expense of ladybits, and Steve King, twice, on health care, and a possible expansion of the criteria beyond House GOPers to cover clueless press hacks.

END_OF_DOCUMENT_TOKEN_TO_BE_REPLACED

As we now embark upon, well, whatever the hell it is that John Boehner is planning, it is time to introduce a new feature: The Psychometer.  It is intended to serve as a chronicle of the House’s descent into The Crazy.

The concept, in its purest form, is simple.  Every time somebody in the GOP Caucus in the House of Representatives says something stupid, or insane, or wildly false, it gets logged on a purpose-built Twitter account.  With a running count, we can track how crazy things are getting, from day to day — thus educating the world as to where things stand.

But, almost instantaneously, the concept runs full-speed into the brick wall of reality.  The latest example of the problem came this morning, with Michelle Bachmann’s performance on Face The Nation.  Bob Schieffer (probably nursing a huge hangover after TCU’s win in the Rose Bowl yesterday) picked a good day to be away, as Michelle was dropping one bomb after another.  So, how does one score that?  Does the appearance count as one event, or does each wild-eyed statement?

Statements on the House floor pose similar problems.  There are one-minute speeches at the beginning of the day, and special order speeches at the end.  In the official record, this is where nutjobs come to party — the province of the Steve Kings of the world.  Do those count once, or many times?  And what about statements on actual legislation?  A floor manager can speak many times over during the course of debate, giving him or her a fresh opportunity to become totally unglued every few minutes.

Then there is the more practical matter of actually doing this.  I, like many of you, have a real job.  Spending two hours every night logging every instance of insanity would be simply exhausting.

It was suggested that the Psychometer start off with no rules, with the standards evolving as things go along.  But, as just shown, that is unrealistic.  And, since I’m going to need a lot of help from all of you, some guidelines are necessary.  So, if you want to play, follow me post-jump for The [proposed, provisional] Rules.  Suggestions are most welcome, also.