Roy Moore is only the first mutant freak from hell that TRUMPLIGULA! will herd into the House and Senate to transform the Congress from a deliberative organization to a barnyard of howling freaks and face-eating monsters, mostly from neoconfederate states that have been emboldened by the neonazi ravings of TRUMPLIGULA!.

In fact, as sane human beings are dissuaded from engaging in politics in AMERICA! and the entire enterprise descends into howling madness, the only entrees into congressional races we can expect from here on out are face-eating maniacs, arsonists, mass murderers, cannibals, arsonists,  bestial goat-lapping tweetee rappers and bug-eyed necrophiliacs to MAGA! 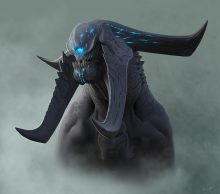 NerkNERK the Shredder from Grhmfazz ate nearly 431,999 citizens of the moon colonies of Rosos and maimed countless millions of others before Federation authorities boxed him in a moon facility with nuclear lasers 1,300 years ago. The RNC is engineering his election as a Congressman from Mississippi from which he’ll ascend to chairmanship of the House Intelligence Committee.

The Republican National Committee has been patriotically recruiting the kinds of Congressional candidates that can well and truly MAKE! AMERICA! GREAT! AGAIN! by scouring the halls of prisons across the universe, penitentiaries that hold only the most monstrous horrors, soulless ghouls with the kind of unstoppable determination that expresses itself in the deaths of millions, destruction of whole worlds and the decimation of civilizations, exactly what the RNC has in store for AMERICA! 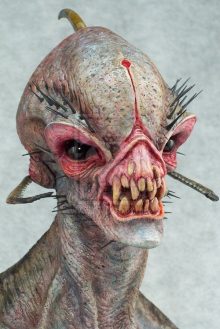 VVVERVVVK 17 is a teleportive omnivore from KRRMMMM!FV whose specially is teleporting himself into the bodies of large sentient species and eating his way out, exactly as the Founding Fathers intended. If he needs a snack, he can project microwaves and cook any living creature just by looking at it, exactly like Greta van Susteren.

RNC Chairwoman Ronna Romney McDaniel said, “The AMERICAN! conservative movement has been playing it safe for too long. Our values and the threat of INTERNATIONAL! COMMUNISM! demand we take off the gloves and lay waste to our ENEMIES! EVERYWHERE! Only the most COMMITTED! conservatives can hope to survive the endless, bloody war that will claim every life in the universe for what’s right and what’s good! Time for lunch! Orphans Rancheros, anyone?”

RNC operatives have traveling the universe in space ships powered by PURE! EVIL! contributed by SATAN! in HIS! epic quest to finally bring AMERICA! under his control and leverage its vast resources to prosecute his diabolical agenda and rape the universe in every dimension, for all times.

The GOP’s objective, of course, is to completely replace all 535 congressmen (534, of course, if Roy Moore succeeds in his election bid) and women with hundreds of maximally evil, possessed monsters who will feel no shame in prosecuting an agenda of inhuman cruelty and apocalyptic destruction.

White House flack Sarah Huckabee Sanders said, “We will engineer the most important and last elections of real conservatives in the history of AMERICA! Once assembled, our chambers of absolute EVIL! will be able to express the wonders that only CONSERVATIVE! VALUES! can deliver! BWHAHAHAHA! BLARGH! BWAHAHAHA!”

Looks like Franken will resign tomorrow. Hard to imagine he would use the reported announcement to try to defend himself against multiple accusers, though that strategy appears to be working for Moore, so who knows.

@¡Andrew!: Democrats are less bad on this issue right now. That’s about all the praise I can muster up for them.

On the other hand, it would be darkly funny if instead he said that’s he running for president in 2020 and pointed out that the current officeholder had been accused by twice as many women before being elected.

What a fucking chairman of Commerce, Justice, Science, and Related Agencies Charles Manson would have made!

In other news, the firefighters in my town are nice.

GET YOUR CHIMNEYS CLEANED, KIDS!

This is fucking hilarious.

So, last night I had flames shooting out of my chimney. I met the fire department. It was, um, embarrassing. Quite. Everyone is fine, but yeah. There’s nothing like having someone ring your doorbell telling you they thought your trees were on fire until they got close and saw your chimney. Two months after you buy your house, you almost burn that bitch down.

@JNOV: Happens to me after hot chili.

OMFG Chainsaw, I’ve missed you so much. Are you ever going to come visit the Bay Area again? First five pitchers of sangria are on me.

ADD: Photos/captions are for the win

SFL, yes, at some point I’ve got to follow up on a pitch to a foundation in the valley and will check in when that appointment is made.

Re: Photos: I chickened out by only cataloging the mass murderers. The bug-eye necrofiliacs from outer space and rapists are too severe even for the chain saw persona.