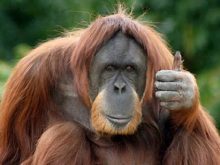 END_OF_DOCUMENT_TOKEN_TO_BE_REPLACED

Just watch him fall apart at the end:

What the Rude Pundit said: “Ann Romney has lived a privileged, pampered life and she has done nothing that anyone would associate with a “job,” and that includes her stay-at-home mothering, readily assisted by nannies and servants. She has a degree in French from Harvard and her major activity is dressage (which, apparently, is some fancy horse thing involving riding crops and jodhpurs and jaunty hats). Rosen was addressing Mitt Romney’s remark that he listens to Ann on economic issues affecting women. Mitt Romney getting advice on the economy from his wife is like him getting foreign policy advice from Seamus, the roof-riding family dog. (Although, if you think about it, “Shit yourself until someone hoses you off” isn’t bad advice for a nation.)” [The Rude Pundit] 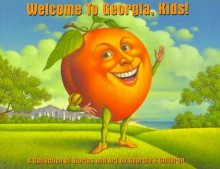 Parents of third graders at a Norcross, Georgia elementary school are demanding an apology after their children were given word problems in math class that used images of slavery and beating slaves.

“Each tree had 56 oranges. If eight slaves pick them equally, then how much would each slave pick?”

“If Frederick got two beatings per day, how many beatings did he get in one week?”

“Frederick had six baskets filled with cotton.  If each basket held five pounds, how many pounds did he have altogether?”

The response from the school shows a need for increased training in Media Crisis Relations 101.  The spokesperson for Gwinnett County school district described the questions as “cross-curricular activity” attempting to incorporate social studies into math.  Stinquer RptrCub, we worry about you living in this state. 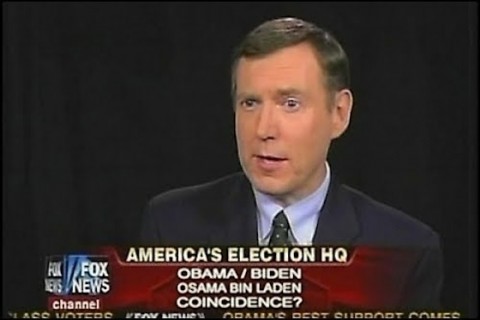 Regular viewers of Fox News are less informed about current events than people who don’t watch any news at all, according to a new study of New Jersey residents by Farleigh Dickinson University.

The professor who conducted the study said in a statement, “Because of the controls for partisanship, we know these results are not just driven by Republicans or other groups being more likely to watch Fox News. Rather, the results show us that there is something about watching Fox News that leads people to do worse on these questions than those who don’t watch any news at all.”

Who Would Jesus Divorce?

In case you missed the latest asshat hatred action to come out of Virginia, heeeeeeeere’s Pat!

A caller to Pat Robertson’s “700 Club” television show called to ask the Good Reverend for his thoughts about a “friend” of his:

[The caller] said that a friend had begun dating other women while his wife lies seriously ill with Alzheimer’s, and justifies it by saying that “his wife, as he knows her, is gone.”

Robertson said he agrees with the man: “What he says basically is correct. I know it sounds cruel, but if he’s going to do something, he should divorce her and start all over again, but make sure she has custodial care and somebody looking after her.”

His co-host pressed Robertson about whether that violates the marriage vows. Robertson responded that Alzheimer’s “is a kind of death” and added, “I certainly wouldn’t put a guilt trip on you” for choosing divorce in such a scenario.

I’m sure this threat to the sanctity of marriage is somehow the fault of the gheyz, Messicans, abortionists, and feminazis.

The Scourge of Drugs… 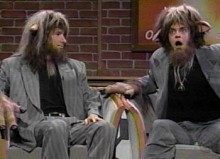