Stinque
Home Latest Comments Log in
If it smells, we’re on it.
Stinque
America is a Death Cult.
Horrorshows
earlier »
Horrorshows 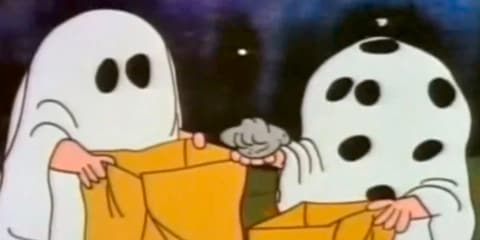 How satisfied were you with your candy?

Dude, you gave me a rock

END_OF_DOCUMENT_TOKEN_TO_BE_REPLACED

In the Long Run, We’re All Dead

In the thirty years we’ve been familiar with global warming — never mind the more than sixty years since it was first brought to public attention — a common lament has been about disproportionate effects, how wealthy nations would ride it out better than poorer ones, and how the wealthiest among us would ride it out best of all.

We’re starting to wonder about that.

We’re starting to wonder whether the advocates of “mitigation” — itself a loser’s strategy — have any fucking clue what they’re up against.

END_OF_DOCUMENT_TOKEN_TO_BE_REPLACED

Once more, for the next civilization: The way to get through this is massive testing, hotspot identification, contact tracing, and targeted isolation. Get all that up to speed, and we can live what passes for normal lives.

We aren’t doing it that way.

We’ll be flying blind for the duration.

We’re on our own.

END_OF_DOCUMENT_TOKEN_TO_BE_REPLACED

Nightmare at the Museum

“If you’re old,” the tweet requested Thursday night, “please attach a link to your 2003 take on the invasion of Iraq to your 2020 take on Iran.”

We are old, but we wouldn’t be blogging for another five years, so we have no links to offer.

END_OF_DOCUMENT_TOKEN_TO_BE_REPLACED

Goodbye to All That

A decade is an arbitrary unit of time, but there’s usually a story you can tell about it, at least through the 20th century and into the 21st. And had Hillary Clinton won the Electoral College, perhaps we could have coherent thoughts about the 2010s as well.

Instead, Donald Trump descended the Escalator to Hell on June 16, 2015, pretty neatly cleaving the story in half.

If you ignore Death Panels, anyway.

END_OF_DOCUMENT_TOKEN_TO_BE_REPLACED

The Hum in the Room

A year in, you get used to it.

Our government is not legitimate.

END_OF_DOCUMENT_TOKEN_TO_BE_REPLACED

Days of Futures Past

We grew up in a time of great dystopian movies. Beginning with Dr. Strangelove and ending around Brazil, there’s a twenty-year run of gloom that perfectly syncs with our formative years. We may joke about still waiting for flying cars, but the future we anticipated was found in the theater, not in cartoons.

The wallpaper of our childhood was Vietnam and Nixon; gas shortages taught us that conditions could turn on a dime. Speaking of which, comic books cost twelve cents when we started buying them; they were a quarter when we stopped paying attention.

And yet we never felt as hopeless as we do today.