“A classmate, Max Stier, saw Mr. Kavanaugh with his pants down at a different drunken dorm party, where friends pushed his penis into the hand of a female student.”

Brett Kavanaugh’s penis would be the first to admit that it couldn’t get anywhere without a little help from its friends.

Whether it was straining its britches while a friend helped trap a woman in a bedroom, or dangling loose while friends pushed it into a woman’s hands, or even just laying low during a Supreme Court confirmation hearing while new friends diverted attention, Brett Kavanaugh’s penis wouldn’t be where it is today without others making sure it gets where it needs to go.

END_OF_DOCUMENT_TOKEN_TO_BE_REPLACED 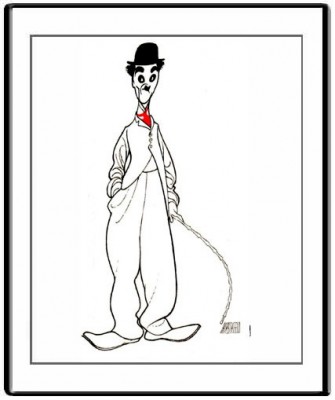 END_OF_DOCUMENT_TOKEN_TO_BE_REPLACED

Up the Butt, Brutus

END_OF_DOCUMENT_TOKEN_TO_BE_REPLACED

Our Comprehensive Analysis of the Kreep vs. Peed Birther County Judge Election in San Diego

Who the fuck votes for county judge?

Stop Him Before He Reaches SeaWorld!

Invisible Children? Aren’t they the Kony 2012 crew? Yes. Yes, they are.

END_OF_DOCUMENT_TOKEN_TO_BE_REPLACED

Our guest columnist is Lisa Chan, who was last seen in Ersatz China, thanking America for tossing Michigan jobs over the Pacific.

I am deeply sorry for any pain that the character I portrayed brought to my communities. As a recent college grad who has spent time working to improve communities and empower those without a voice, this role is not in any way representative of who I am. It was absolutely a mistake on my part and one that, over time, I hope can be forgiven. I feel horrible about my participation and I am determined to resolve my actions.

Some of My Best Friends are Backstabbers

We’re not sure Indiana Governor and Shrub alum Mitch Daniels wants to run for President, as opposed to DC Types wanting him to run. And from what little we’ve heard about the matter, apparently The Wife has reservations.

Now we know why:

The trickiest issue is the Daniels’ past: As they say on Facebook and in the recent movie about it, “It’s complicated.” In the 1990s, Cheri Daniels left her husband and their four daughters, ages 8 to 14, moved to California, and married another man. Three years later, she returned to Mitch and their family.

Governor Daniels has discussed the matter publicly only once. “If you like happy endings, you’ll love our story,” he told the Indianapolis Star in 2004. “Love and the love of children overcame any problems.”

Since we know little of Mitch Daniels, we’re not sure this poses a Newt Paradox, at least until Mitch makes some Family Values noises. (Well, besides defunding Planned Parenthood this week.) But now that the cat’s out of the bag, we’re sure The Wife would love to get up close and personal with the DC Types who’ve been bandying about Hubby’s name.