Stinque
Home Latest Comments Log in
If it smells, we’re on it.
Stinque
274,355
Posts
« later • earlier »
Our Long National Nightmare 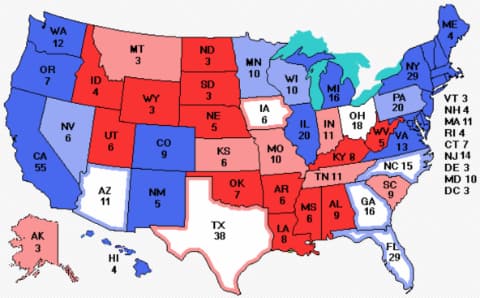 The President of the United States Erupts in a Flaming Pyre of Despair in the Rose Garden: 10-1

You Picked the Wrong Week to Stop Sniffing Glue: 3-1

END_OF_DOCUMENT_TOKEN_TO_BE_REPLACED

And so we end as we began, with a stolen Supreme Court seat.

Had American governance worked as Americans expect it to — or used to — the ideological balance of the Supreme Court would have remained unchanged at this point, two replacements and a third to be named next year, pending this election’s victors. Perhaps a Republican president would be forwarding a nomination to a Democratic Senate, or the other way around.

Of course, the other way around at this point would have meant three unfilled seats by now, had GOP senators carried out their threats against President Clinton, and we’d be enduring earnest discussion whether six seats was, y’know, enough.

Instead, the Endgame is upon us.

END_OF_DOCUMENT_TOKEN_TO_BE_REPLACED

Democrats have opened up a yawning gap in early voting over Republicans in six of the most crucial battleground states — but that only begins to tell the story of their advantage heading into Election Day.

In a more worrisome sign for Republicans, Democrats are also turning out more low-frequency and newly registered voters than the GOP, according to internal data shared with POLITICO by Hawkfish, a new Democratic research firm, which was reviewed by Republicans and independent experts.

Con: They might have a few bones to pick.

Con: American troops with a grudge.

END_OF_DOCUMENT_TOKEN_TO_BE_REPLACED

“Underneath his button-down dress shirt, [Trump] would wear a Superman T-shirt, which he would reveal as a symbol of strength when he ripped open the top layer.”
— NYT, October 10

END_OF_DOCUMENT_TOKEN_TO_BE_REPLACED

Gasping Half-Pig Half Man Trump in Agony Taking Off His Mask to Prove He Is Invincible Like The Twisted Desperate Man-Toddler He Is!

Trump appears to be wincing in pain while he breathes pic.twitter.com/YKhGhu0VN0

¡ANDREW! • Top Dogs @ DElurker, Interesting. I heard it the other way around, but it's possible that I'm…

¡ANDREW! • Top Dogs @ nojo, it's not the overall racial proportions of society, it's generational tendencies to vote…

NOJO • Top Dogs @¡Andrew!: Census estimates a white-plurality nation by 2043. Not sure when white voting plurality…

¡ANDREW! • Top Dogs Unfortunately, the only solution is demographics. It's not like previous generations of racist…

¡ANDREW! • Top Dogs As a teen in the South, I read an anecdote that really takes the cake in describing why poor white…

NOJO • What We’re Thankful For @¡Andrew!: I’m not clear on all the specifics, but one thing that’s been mentioned in past…