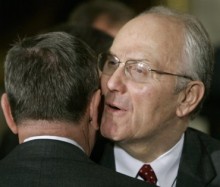 Bathroom goblin Larry Craig used $200k or so of his campaign money for his defense when he got pulled over for soliciting hot gay sex in an airport bathroom. Larry wanted the resulting FEC case against him dismissed. And surprise! The judge ruled that the trial will proceed:

Craig had argued that the airport bathroom trip fell under his official duties as senator because he was traveling between Idaho and Washington for work, and therefore the legal fees could be paid for with campaign money.

But U.S. District Court Judge Amy Berman Jackson rejected that argument. She wrote in her ruling that the charge against Craig didn’t relate “to his conduct as a legislator, but only actions undertaken in the privacy and anonymity of a restroom stall.” Jackson set a scheduling conference in the case for April 26.

This also gives us a chance to post this video again.

END_OF_DOCUMENT_TOKEN_TO_BE_REPLACED 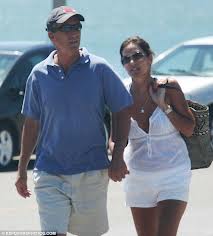 Mark Sanford, the disgraced former South Carolina governor, is engaged to the Argentinian mistress who cost him his political career.

Sanford, 52, surprised journalist María Belén Chapur last week with a wedding proposal in Buenos Aires that left them both crying and promising to stay together forever.

The Republican politician was considered a rising star and a possible presidential contender until he disappeared for six days in 2009 and returned to reveal he had been meeting Miss Chapur in secret in Argentine.

In related really-important news, Snooki is officially a mom.

Larry Craig With a D!

This week, the Duluth News Tribune called out the State Patrol and Duluth Police Department for not releasing more information about a mysterious rest stop incident involving state Rep. Kerry Gauthier, D-Duluth. Yesterday, they were scooped.

The Northland’s NewsCenter, cited “well placed sources,” reports that “the incident involved a 17 year old boy with whom Gauthier was reportedly engaged in a sexual act.”

The rest stop/rest room angle adds a degree of difficulty (especially since the Larry Craig and Jim McGreevey incidents). Still, it seems a stretch to award even 2/10 diapers on the Stinque scale.

Remember the very-married Bible-thumping actor who hit on the lovely model Melissa Stetten (@MelissaStetten)? Here’s his last tweet of that day:

Osteen, in case you didn’t know, is a very rich minister, known for bilking his flock. [Buzzfeed]

The Internets are Everywhere 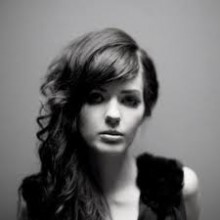 This is Melissa Stetten. She is a model. She is very attractive, She is so attractive that Brian Presly, a very married and very Christian actor, tried to pick her up on a Virgin Air flight. And Melissa (@MelissaStetten) live tweeted it, including when he took his wedding ring off in the bathroom.

Edwards off the hook for now…

“John Edwards is off the legal hook: jurors found him not guilty Thursday on one of six charges of campaign finance fraud, and declared themselves hopelessly deadlocked on the rest. Judge Catherine Eagles had asked the jurors earlier in the day to keep trying for a verdict, but they returned within the hour to say it was impossible.” [NYDN]

As always – if they’re regular politicians this shit doesn’t matter, but if they’re David Vitter marriage and family is the most important fucking thing in the world types, drive them from office.