Stinque
Home Latest Comments Log in
If it smells, we’re on it.
Stinque
This is America.
GOP Tantrums 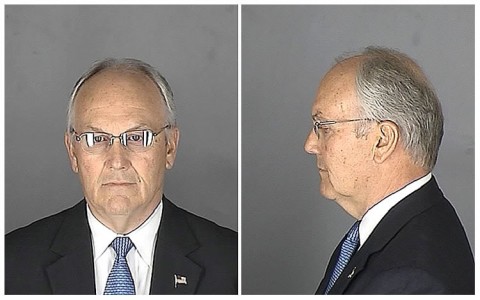 Ex-Idaho Senator Larry Craig (R-Closet) is arguing that his infamous trip to the john in the Minneapolis-St. Paul airport in July 2007 was “official Senate business” and therefore it was okay to take almost a quarter of a million dollars out of his campaign fund and use it to pay for his legal defense.

The Federal Elections Commission begs to differ, stating that his legal defense in the sex-sting case had nothing to do with his official duties.

Fuck the money, all I can ask is, “It’s already been five years since wide stance?”

My, how time slips away.

Whaddya mean not his official duties? He’s a Republican and he was just practicing for the Chamber of Commerce convention.

@Dodgerblue: “…he was just practicing for the Chamber of Commerce Republican Presidential convention.”