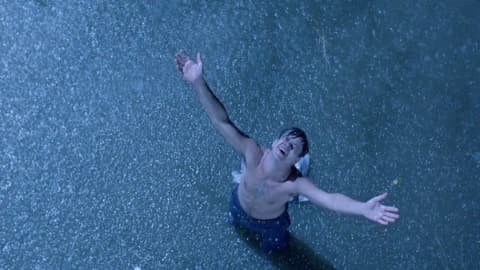 Ladies and gentlemen, we have a new champion:

The Return of the Wisconsin 14

“When I was a child, President Ronald Reagan was the nice man who gave us jelly beans when we visited the White House. I didn’t know then, but I know it now: The jelly beans were much more than a sweet treat that he gave out as gifts. They represented the uniqueness and greatness of America — each one different and special in its own way, but collectively they blended in harmony.” [Politico]

Mr. Gorbachev, Build Up This Wall!

“East Germany was very, very able to reduce the flow… Now, obviously, other things there were involved. We have the capacity to, as a great nation, obviously to secure our border. If East Germany could, we could.”

Really, all it takes is the right security detail.

Joe Miller On Securing The Border: ‘If East Germany Could, We Could’ [TPM]

Portland Drowns Government in a Bathtub

Say, how are things about two hours north of our Ancestral Home?

The district attorney in Multnomah County, [Oregon’s] most populous area with over 710,000 residents, announced recently that it can no longer prosecute dozens of crimes thanks to an ever-shrinking budget.

For these and other lesser crimes, the district attorney will simply refuse to prosecute.

Golly! We didn’t think Mighty Orygun would lead the nation in meeting teabagger demands, but if they can make small government work there, they can make it work anywhere.