Stinque
Home Latest Comments Log in
If it smells, we’re on it.
Stinque
Cassandra was right.
America's Heartlessland, Department of Lady-Bits 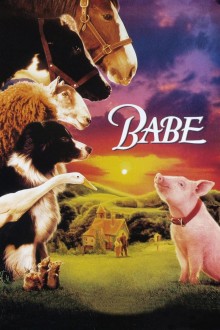 Georgia State Rep. Terry England has managed to outdo Stinque’s Department of Lady-Bits’ previous Georgia highlight, the Peach State Uterus Police with a new piece of legislation that made my jaw drop, which is saying something, given I’m at least a Lieutenant or a One Star General in the Lady-Bits Army.

Rep. England splained on the floor of the Georgia Legislature that women who learn they are carrying a fetus that has died or is near death should carry the festering fetus around inside of them, because that’s what cows and pigs do.  Oh, and he knows somebody named Jethro who is a cockfighter who will give up all of his chickens if the ladies just stop killing the unborn zygotes.

Video after the jump

One can only hope that the wittier and saner minds of the Georgia Legislature will respond to this clusterfuck:

Of course, going in the way-back Lady-Bits machine brought up this post featuring Daniel Dae-Kim and Jon Hamm, a cool drink of water who will be gracing my television in just a few days… Breath in, breath out…

[HuffPo: 10 Reasons the Rest of the World Thinks the US is Nuts]

I thought Jethro played a flute.

There are times that it’s safer to let a woman “deliver” rather than induce, but that’s a medical decision, not a legal one.

Most people I know whose fetus was not longer viable chose to be induced, and sometimes days passed before they began the process. It’s agonizing, not only because the fetus isn’t viable but also because of the wait. But the important word is “choice,” if it’s a medically prudent course of action, and it usually is.

I wish dicks would stay out of chicks.

I have no words. At least he’s coming right out and calling us chattel instead of being coy.

Working in state guvmint (even though it’s higher ed) makes it even worse, SFL. This is why Sunday alcohol sales was so important to me during the off-year election last year — I need every booze-buying day possible.

Also, another headdesk facepalming political matter here: the proposed ban on all undocumented immigrant students from attending the system of public colleges and universities. It will probably pass.

Worserer: When Mr. Cub went back last night into his online application system to go to technical college (a different system from the colleges and universities), the FIRST thing the system asked him is if he was Hispanic. I know that they acquire demographic info all of the time but this is disconcerting, because the hammer is probably going to come down on the tech schools.

I am proud, however, to be rep’d by Jason Carter, Jimmy Carter’s grandson, in the state senate. At least I have that. And John Lewis as my rep in the US House.

One of the sponsors of the bill is Donna Sheldon of the 105th district.
She has two daughters. Here’s her contact info

Lefty, Today the office of Democratic State Senator Wendy Williams was firebombed. Her office is on the third floor of a business building.
Earlier this month she was in Ft. Worth at a rally to support Planned Parenthood and to protest the State cutting off funds to Planned Parenthood. PP was a provider for over 40% of the women who used the program.

@texrednface: The fucking ATF needs to get in there. No offense to the Ft. Worth PD but this could be the tip of the iceberg.

@chicago bureau and texrednface: I sent a check recently to Planned Parenthood of Hidalgo County, which has had to close several women’s health clinics in the colonias of the Rio Grande Valley thanks to Governor Good Hair. This gives me a chance to make my PSA: I’ve said it before and I’ll say it again – the national Planned Parenthood and big city affiliates are doing okay in terms of donations, thank you very much, it’s the affiliates working in places like the Rio Grande Valley, Oklahoma, Iowa, Nebraska, and Arkansas, Mississippi and Alabama, South Dakota, Idaho, or Indiana who could really use your love and cash, even if you’re from out of state. Same theory applies to the ACLU, by the way.

@SanFranLefty:
The police said tonight they caught the guy: a disoriented homeless guy who had the presence of mind to dump a molotov cocktail on the 3rd floor in front of a Democratic State senator’s office. The same type that conveniently burns down historic buildings on prime real estate .

@SanFranLefty: When my tax refunds come in, they’re going straight to PP in Texas.