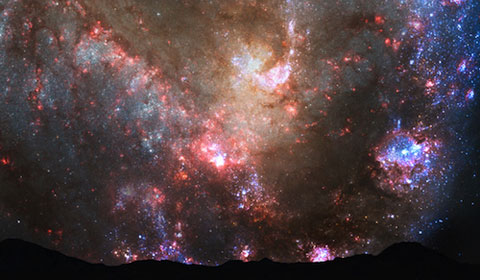 NASA imagines Earth’s night sky four beeeeeelion years from now, when Andromeda Strains comes crashing into the Milky Way. If it’s any solace, by then we’ll all be fried to a crisp by the Sun anyway. 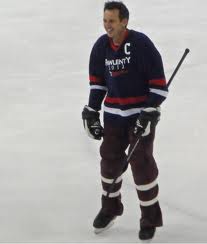 One of the great hockey cliches (of which there are literally THOUSANDS) is that a playoff series doesn’t really begin until the home team loses a game.  (Which doesn’t take into account a series in which the home team wins Games One through Seven, inclusive.  Cliches, in Sport, are like that.)

(NB: Jokes about Bachmann never having a man finish behind her are NOT WELCOME.  Pleases and thank yous.)

“Disgraced Washington lobbyist Jack Abramoff has finished his stint working at a kosher pizzeria in Baltimore and is now on probation… Tov Pizza owner Ron Rosenbluth tells The Associated Press that he enjoyed his time working with Abramoff and the former lobbyist was very helpful. Abramoff worked on marketing and customer outreach for the pizza shop.” [AP, via Political Wire]

“Whitman still ended September with less cash on hand than her Democratic rival, Jerry Brown. According to his latest finance report, Brown enters the final stretch of the campaign with nearly $23 million in the bank, compared with Whitman’s $9.2 million. All told, Brown has spent roughly $11 million on the race — though that sum doesn’t include millions spent on TV ads on his behalf by labor unions in the state.” [Yahoo]

Particularly the Later, Dull Ones…

Woody Allen’s six favorite Woody Allen movies: Purple Rose of Cairo, Match Point, Bullets Over Broadway, Zelig, Husbands and Wives, and Vicky Cristina Barcelona. “There are a few better than others, half a dozen,” he says, “but it’s a surprising paucity of worthwhile celluloid.” [New York, via Kottke]

The Art of The Kiss Yer Ass Goodbye, We’re All Going To Hell…

“Key Senate Democrats offered, during a White House meeting with President Barack Obama and skeptical Republicans on Tuesday, to scale back their ambitious plans to cap greenhouse gases across multiple sectors of the economy.” [Politico]

And Your Little Dog, Too…

“In the changing media landscape… Little Orphan Annie has run into adversity not even she could overcome. The sun will come out tomorrow, but the tomorrow after June 13 will be the first in generations to dawn without ‘Annie’ appearing in a daily newspaper.” [Chicago Tribune]