Not That Marcus Had a Problem With That…

“He prohibited her husband, Dr. Marcus Bachmann, from sleeping in the same room with wife while on the campaign trail.” —Former (and still unpaid) Michele Bachmann field coordinator Peter Waldron, bitching about her “Rasputin-like” debate coach Brett O’Donnell. Bachmann’s campaign finance chair calls the comments “outrageous embellishments of the reality of what transpired”. [BuzzFeed, via Political Wire]

We All Have Our Embarrassing New Year’s Resolutions

At noon today, I introduced the first bill of the 113th Congress to repeal Obamacare in its entirety.

Our guest columnist has been choking in her Swiss Miss all week.

Today I sent a letter to the Swiss Consulate requesting withdrawal of my dual Swiss citizenship, which was conferred upon me by operation of Swiss law when I married my husband in 1978.

I took this action because I want to make it perfectly clear: I was born in America and I am a proud American citizen. I am, and always have been, 100 percent committed to our United States Constitution and the United States of America. As the daughter of an Air Force veteran, stepdaughter of an Army veteran and sister of a Navy veteran, I am proud of my allegiance to the greatest nation the world has ever known.

“[Michele] Bachmann (R-Minn.) recently became a citizen of Switzerland, making her eligible to run for office in the tiny European nation… Bachmann’s three youngest children are also now Swiss citizens, and her two older children are eligible to apply for a fast-track citizenship process.” [Politico, via @BuzzFeedAndrew] 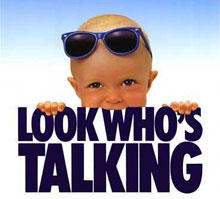 Our guest columnist is Preznident of These United States in an alternate universe.

Women have a lot to lose under Obamacare, and I’ll give you an example. If you want to go into specifics, what the government can give, the government can take away. It certainly isn’t beyond the pale to think, in light of Kathleen Sebelius, the Health and Human Services Secretary — she said that it’s important that we have contraceptives because that prevents pregnancy, and pregnancy is more expensive to the federal government.

Going with that logic, according to our own Health and Human Services Secretary, it isn’t far-fetched to think that the President of the United States could say, we need to save health care expenses — the federal government will only pay for one baby to be born in the hospital per family, or two babies to be born per family. That could happen. We think it couldn’t?…

END_OF_DOCUMENT_TOKEN_TO_BE_REPLACED

Also, Bachmann Would Stand Up to the Soviet Union…

“Bachmann tells Waverly IA crowd that were she president, ‘we wouldn’t have an American embassy in Iran.’ The US broke ties w Iran in 1980.” [@JamieNBCNews] 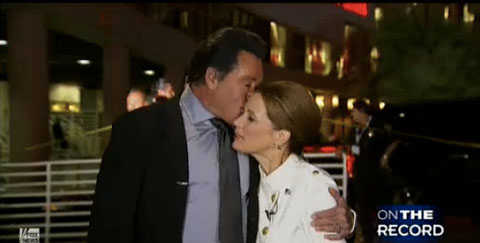 “I will support this beautiful lady as long as she wants to go,” Newton said, as he repeatedly caressed Bachmann’s arm.

At the end of the clip, Newton moves in for a kiss, which Bachmann adroitly dodges so that it lands on her forehead.

We’ll open the bidding with “That’s more action than she gets from Marcus.”