Stinque
Home Latest Comments Log in
If it smells, we’re on it.
Stinque
Mastodon: @stinque@mas.to
My Stinque
My Stinque

MSNBC to Stinque: Fuck Off

I had to put your account on hold. MSNBC is reviewing all sites in their networks and sites containing profanity are an item of concern. If you can remove the profanity please let me know.

Email just received from the “MSNBC Politics Network”, which until moments ago provided the ads that filled the Great White Void at left. And we thought it was right-wing talk radio that was threatened by censorship.

(Update: We’ve filled the Great White Void with a Google ad. They’ll whore themselves out to anybody.)

Well, maybe not, but we check the old joint on occasion to see whether John McLaughlin is still wishing us a happy new year. Only this afternoon — the first of the month — the lights seem to be out. (We can still “ping” the server, which is what makes us wonder whether the end is nigh.)

If this is indeed the closing of a chapter in Our Neverending Legend, we thought we’d take this moment to share a logo we proposed early in CP’s existence. It still captures for us the spirit of the site — and this one.

Update, Oct. 21: Now it looks like it’s really gone. Except for the Wayback Machine. 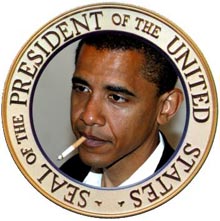 Hey all you Stinquers! Come to D.C. for the Unicorn’s Inauguration and see history in action while hanging out with other cynical stinques. Inauguration is Tuesday, January 20, 2009, for those of you who haven’t had 1/20/09 as a bumper sticker for the past 5 years. Monday is a holiday (MLK Day, appropriately), so you don’t even have to miss as much work.

We’re trying to get a rough idea of how many people might be coming so we can figure out venue for post-Inaugural festivities. So read on past the jump for more details on how to get to DC, where to stay, and feel free to share your initial snarky thoughts in the comments. If you are thinking of coming, email your Inaugural Weekend Planning Team at unicorn [at] stinque.com.

END_OF_DOCUMENT_TOKEN_TO_BE_REPLACED 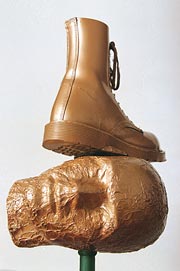 Character assassin to the stars FlyingChainSaw writes on the fly, and leaves a lot of abandoned drafts scattered in the Stinque editorial chambers. These stories may not be happening, but an FCS headline is a terrible thing to waste.

It is obvious that this proposal will come to you as a suprise. This is because we have not met before, but I am inspired to send you this email following the huge fund transfer opportunity that will be of mutual benefit to us. However, I am Barrister Watnat Chansit a citizen of Thailand and a legal practitioner. Due to political uncertainty and politics of vendetta against my client and other top officers of the opposition political party in Thailand by ruling party. My client asked me to seek your consent to transfer his money in Hsbc bank in Thailand to your country. The situation here is so tense that the opposition party blocked and occupied the goverment house and refused to allow the new prime minister into the government house since his inception as the new prime minister.

END_OF_DOCUMENT_TOKEN_TO_BE_REPLACED

I found this to be a most excellent and timely word of the day, and something I think all of us Stinquers should feel free to incorporate into any intelligent political discussion:

noun: 1. A fight between members of a circus and the general public. 2. A call to rally circus members in a fight.

The term originated in the 19th century when circuses were rowdy affairs and Hey Rube was the rallying cry to call all circus people to help in a fight with townspeople. It’s not clear whether Rube in this term was someone specific or simply a use of the informal term rube (shortened form of Reuben) for an unsophisticated person from a rural area. 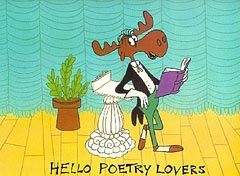 In a desperate attempt to parse the unparsable and deconstruct the unconstructed, some of the greatest minds of our generation the jackanapes at Slate have been driving themselves to all sorts of exegetic madness in the face of the onslaught on the English language that the vocalizations of Winky The Clown represent.

Some decided to try to diagram some utterances, while others, more cogently, realized that the elitist grammar of the complete sentence was yet one more tyrannical imposition on a “straight talk” form that was, for all intents and purposes, a type of poetry, the blankest of blank verses.

While these examples are all drawn verbatim from the interviews with Big Charlie and Kate-Dawg, Thursday night’s debate provides plenty of fresh fodder for the terrible freshman poet lurking in all of us. I’ll share my initial foray after the jump; contribute your own quatrains, haiku, senryū, sonnets, and yawps in the comments!