The Madness of Crowdsourcing

Here’s what we don’t: The rapist was Kirk Douglas.

The subject came up following his death last Wednesday at age 103, as it did following a Golden Globes appearance two years ago, and as it will Sunday night at the Oscars, following his last-minute inclusion in the Death Montage.

And really, it’s not an unreasonable suspicion. But the certainty with which it’s expressed goes beyond any fact we can nail down. As does the certainty surrounding much of the discussion about it.

END_OF_DOCUMENT_TOKEN_TO_BE_REPLACED

Confidence in the System

We were introduced to both Monty Python and Firesign Theatre in college, in the late Seventies, and it’s pretty safe to say they both left deep, enduring impressions upon our gentle soul.

Of Python, no explanation is needed. Firesign is much less known, their work much less consistent, and much of it is of their metacultural moment. We don’t know how fresh ears would regard it at this distance, but our fresh ears at the time were enraptured by the clever absurdity.

Being introduced to pot at the same time may have had something to do with it.

END_OF_DOCUMENT_TOKEN_TO_BE_REPLACED

Karl Rove Versus ‘The Math’…

“Well, I think they should attack things like that…. with satire. I mean, Ned Sherrin.  Fair’s fair. I think people should be able to make up their own minds for me.” [“Pepperpot,” Python, Monty; Book I, Chapter 5.]

TOTALLY NECESSARY CONCLUSION: The next mass-shooting must be the subject of a nationwide lottery, so that the location, and the specific victims, are determined in advance — and so that said town, and said victims, can be made the subject of a reality television series in the run-up to the actual tragedy, and the subject of post-event television specials, telethons, and all other kinds of opportunities to be on television, in ways that will allow the maximum amount of public sympathy to result, and that will allow the maximum number of people to royally cash in.

The benefits are obvious. But they are explained anyway, after the jump.

END_OF_DOCUMENT_TOKEN_TO_BE_REPLACED 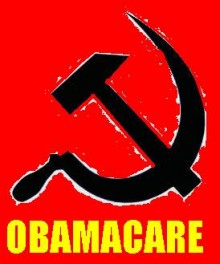 As children back in the Olde Country play traditional Thanksgiving games like Pelt the Leper or Vicar in a Frock one’s thoughts naturally turn to that frail craft nosing her way, too late in the season, through Atlantic swells as she made for a point on the coast south of New York, north of Jamestown, hoping to find safe harbor. Of course a storm blew them off course – or the captain, eager to be rid of them, headed for the nearest landfall he knew – Cape Cod. It took them the better part of three weeks to come ashore. No, there was no rock.  Ignoring the teeming bluefish in Plymouth bay they complained of the lack of food. During the first winter more than half of them died. At one point only eleven of them were well enough to stand up, trying to care for all the others who were sick.

END_OF_DOCUMENT_TOKEN_TO_BE_REPLACED

In 1928, the late Francis Wayland Thurston published a scandalous manuscript in purport of warning the world of a global conspiracy of occultists. Among the documents he gathered to support his thesis was the personal account of a sailor by the name of Gustaf Johansen, describing an encounter with an extraordinary island. Johansen’s descriptions of his adventures upon the island are fantastic, and are often considered the most enigmatic (and therefore the highlight) of Thurston’s collection of documents.

We contend that all of the credible phenomena which Johansen described may be explained as being the observable consequences of a localized bubble of spacetime curvature. Many of his most incomprehensible statements (involving the geometry of the architecture, and variability of the location of the horizon) can therefore be said to have a unified underlying cause.