Which one was it? Oh, right, this one:

That was the AP headline the day Trump called on China to investigate Joe Biden. The Financial Times weighed in with a full accounting: Of the 53 Republican senators, “not one of the members responded via their staff to express any concern”.

And this was news.

December 2016. Almost three years ago. And not a damn thing has changed.

END_OF_DOCUMENT_TOKEN_TO_BE_REPLACED

Might as well call it: We’re about to endure one of the ugliest elections in American history.

Granted, we’ve only been around for sixty years of it, so we might be giving undue weight to the present, which, unlike the past, is always uncertain. And granted as well, the 1860 election had certain consequences that we’re not facing. Yet.

Funny thing about the Civil War: It broke out five weeks after Lincoln’s inauguration, and ended—

END_OF_DOCUMENT_TOKEN_TO_BE_REPLACED

What distinguishes us as a species — besides our singular ability to destroy all creation — is that we tell stories.

We’ve been telling stories for thousands of years. Our stories try to make sense of our world, and our place in it. Our stories can be fanciful, allegorical, misleading, even literal.

They can also be dangerous.

END_OF_DOCUMENT_TOKEN_TO_BE_REPLACED

The State of the Union address is one of our grandest political traditions.

It is also one of the silliest.

It begins with Honorable Congresscritters jockeying for aisle position where the Preznident walks in, the better to be caught on camera in the presence of American power. It continues with the ritual standing ovations from one half of the room or the other, plus the obligatory cutaways to Humble Citizens mentioned in the laundry-list speech. Finally, everyone sits on edge to hear whether the State of our Union is, indeed, strong, which would be the only surprise of the evening if it wasn’t.

Not only is it silly, it’s completely unnecessary.

END_OF_DOCUMENT_TOKEN_TO_BE_REPLACED

Other Expressions Tested in the Clinton Focus Group

END_OF_DOCUMENT_TOKEN_TO_BE_REPLACED

This is Why We Can’t Have Nice Things 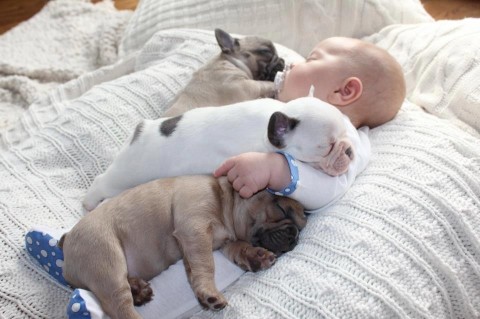 This is a picture of pug puppies and a baby. At least, I think that’s what that is.

I don’t know if any of you watch Martin Bashir on a regular basis. We do because he can be funny and trenchant in about equal measure. And plus he’s not Chris Matthews. But yesterday, as you may already know, he suggested that someone should shit in Sarah Palin’s mouth.

This came about because she referred to…

You know what? I really can’t be bothered. No doubt he’ll either have to crawl or resign. I don’t know what he was thinking. Well, actually I do and if you have the patience to watch the video you’ll see the point he’s trying to make.

Trouble is: one can’t excoriate the former half-term governor for abusing a slavery metaphor then turn around and do the same thing yourself. Not unless you have the decency to get drunk first.

means blowing up the old shit. Germany shows us how to do it – SPEND MONEY: