This Explains a Lot

As many of you know, I was adopted. I have no idea who my biological parents or ancestors were.  So when NatGeo launched their Genographic Project, I paid my hundred bucks, sent in some cheek cells, and waited for the result. And here it is:

It appears I’m French, or at least my people started there.  I suppose this explains my politics and all the Julia Child cookery. 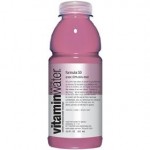 A federal judge ruled this week that Vitaminwater will not, as its labels promise, keep you “healthy as a horse.” Nor will it bring about a “healthy state of physical or mental being”. Instead, Vitaminwater is really just a sugary snack food; non-carbonated fruit coke disguised as a sports drink. Because it’s composed mostly of sugar and not vitamin-laden water, judge John Gleeson held that Vitaminwater’s absurd marketing claims were likely to mislead consumers.

END_OF_DOCUMENT_TOKEN_TO_BE_REPLACED

The website “I Write Like” purports to analyze any text you paste into it, comparing it to any of fifty authors in its database.

With a spam filter.

Okay, it’s slightly more complicated than that. Using the same technique that underlies many spam filters, Dmitry Chestnykh dumped books into his database. If what you submit matches the digital fingerprint of a given author, you win!

END_OF_DOCUMENT_TOKEN_TO_BE_REPLACED 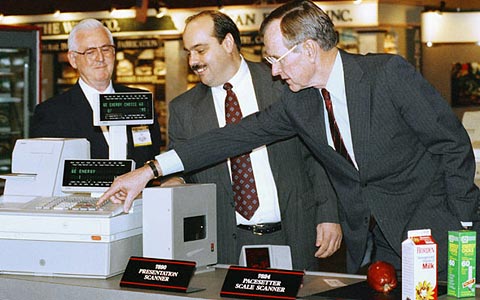 Fucking ATMs! How do they work?

Lawmakers walk past that ATM all the time on their way to votes on the Senate floor, but don’t expect to see Sen. Ben Nelson stopping to grab some quick cash.

The Nebraska Democrat pleaded ignorance when asked this week whether Congress should cap ATM fees. Nelson said that while he’s no fan of unnecessary fees, he’s unfamiliar with the charges.

“I’ve never used an ATM, so I don’t know what the fees are,” Nelson said, adding that he gets his cash from bank tellers, just not automatic ones. “It’s true, I don’t know how to use one.”

Yes, we know, Obama swore the other day that he’s never touched an iPod. But take away his Crackberry and watch him cry.

ATMs a mystery to senator [Omaha World-Herald, via Think Progress]

Everybody in the Office Has Seen His Penis…

“Rolando Negrin, a TSA employee at Miami International Airport, was arrested for aggravated battery after he attacked a colleague, in response to coworkers poking fun at the size of his penis during a body-scanning machine training session.” [TPM]

Now Arizona’s Just Fucking With Us…

“The Arizona state Senate on Thursday passed a bill making it illegal for a person to ‘intentionally or knowingly creating a human-animal hybrid.'” [Politico]

At least when you stumble across the Chicago Republicans website, which asks the, um, pertinent question: “How much is enough?”

Answer after the jump. Definitely not safe for work. Or gays.