DID RUSSIAN AGENT FUCKFACE Von CLOWNSTICK DIRECT FLYNN TO SUCK OFF THE RUSSIANS AND HIDE THE BLOW JOB FROM PENCE?

DUCKY! DUCKY! Did you see Putincakes?

Per usual the American press gets it completely sideways when confronted by complete and UTTER FUCKING EVIL.

Trumpligula’s first official act as president is to praise a criminally insane Soviet-era communist party psychopath who has gotten control of Kazakhstan where the Trump operation is likely providing laundering services for organized crime.

Then Flynn has a mysterious conversation with a Russian ambassador to assure him of policy changes he can count on under a Trumpligula administration. Reporters are all over themselves pointing out inconsistencies in the statements by Melissa McCarthy impersonator Sean Spicer and insane crack-addled harpy face-biter Kellyann Conway.

Not a month into the Reign of Fuckface, US intelligence agencies are putting the White House on blackout status because the fucking place is so obviously owned by the fucking FSB.

END_OF_DOCUMENT_TOKEN_TO_BE_REPLACED 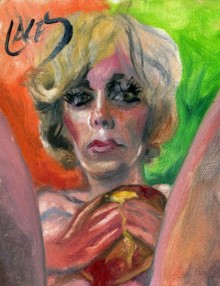 From the Department of Oh My Fucking Flying Spaghetti Monster Please Pass the Popcorn:

A novel California primary that premieres Tuesday was intended to produce moderates, but in California’s U.S. Senate race, it could yield a challenger who claims President Obama was born in Kenya.

Incumbent Democratic Sen. Dianne Feinstein, 78, running for a fourth full term, faces 23 challengers, including 14 Republicans, the best known of whom is litigious Orange County “birther” Orly Taitz, a Russian Israeli emigre who has appeared on national television with her claims that Obama faked his birth certificate.

Polls taken by robocalls, including those commissioned by Taitz, show Feinstein with a wide lead, trailed by a strange assortment of single-digit rivals, in some cases led by Taitz. Whoever finishes second Tuesday, from any party, wins the chance to take on Feinstein in November.

What do you think, Stinquers? Should the California Stinquers all cast their votes for Orly tomorrow just to fuck with the GOP?

This fucker is officially insane:

Not to be outdone by the Arizona secretary of state’s recent flirtation with birtherism, Sheriff Joe Arpaio escalated his probe into President Obama’s birth certificate this week by dispatching a deputy from his “threats unit” to Hawaii.

Both the Arizona Republic and the Honolulu Star-Advertiser reported deputy Brian Mackiewcz traveled with Arpaio’s volunteer posse member Michael Zullo on Monday to try to get an official confirmation that Hawaii has the president’s birth certificate on file.

I want him in the heat, in a tent, in pink underwear, in serious distress. He needs many doses of his own medicine.

Arizona Wakes Up to Giant “Kick Me” Sign on its Back…

“The man in charge of running Arizona’s elections has gone to the birthers. Secretary of State Ken Bennett now says he’s not convinced Barack Obama was really born in the United States and so he is threatening to keep the president off the ballot in November.” [TPM]

Barack Obama, the first African-American president of the Harvard Law Review, was born in Kenya and raised in Indonesia and Hawaii. The son of an American anthropologist and a Kenyan finance minister, he attended Columbia University and worked as a financial journalist and editor for Business International Corporation. He served as project coordinator in Harlem for the New York Public Interest Research Group, and was Executive Director of the Developing Communities Project in Chicago’s South Side. His commitment to social and racial issues will be evident in his first book, Journeys in Black and White.

Obama’s Literary Agent in 1991 Booklet: ‘Born in Kenya and raised in Indonesia and Hawaii’ [Breitbart]

END_OF_DOCUMENT_TOKEN_TO_BE_REPLACED 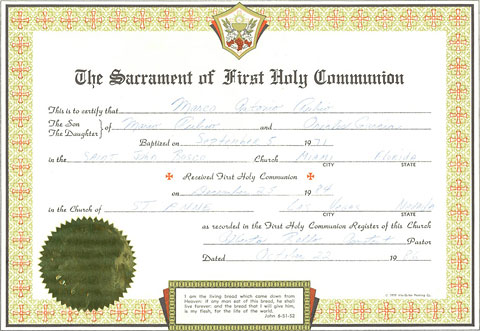 END_OF_DOCUMENT_TOKEN_TO_BE_REPLACED

There’ll Always Be a WorldNetDaily…

Give them credit for consistency: “Are U.S. Sen. Marco Rubio of Florida and Louisiana Gov. Bobby Jindal natural-born citizens of the United States, and thus eligible for the presidency?” [WND]