On Monday, freelance agents of the Russian government will vote to elect Donald Trump the President of the United States of America, following a successful campaign directed by Vladimir Putin to undermine the candidacy of his opponent.

It wasn’t supposed to happen this way.

Instead, the Russians were supposed to launch a land war on the United States, breezing to success until a group of plucky Colorado teens resisted them. We were supposed to fight the Russkies, not welcome them.

Silly us, we thought Americans had a problem with tyranny. We should have known better.

And the thing is, we used to.

END_OF_DOCUMENT_TOKEN_TO_BE_REPLACED

How Do You Say “Chutzpah” in Mormon?…

“This is the first time in the history that a presidential nominee for secretary of defense has been filibustered. What a shame.” Reid, mourning the use of nonconstitutional parliamentary tactics that he did nothing to prevent. [Politico]

Our guest columnists are pissed that a Karl Rove minion critcized a William Buckley nepotite.

We, the free men and women of this great nation, affirm everyone’s natural right to speak their mind, but we cannot and will not abide the unjust, personal broadside your aide Jonathan Collegio leveled against a man whose family has dedicated itself to advancing the cause of liberty for over half a century.

This morning Mr. Collegio attacked [conservative Media Research Center founder] L. Brent Bozell, III and labeled him as a “hater” twice in an interview. His attack was not grounded in reason or principle; its justification was nothing more than disagreement with your newly formed organization.

Mr. Bozell is what we call in our movement a “legacy.” He has devoted his life to the cause of American conservatism as did his father, Brent Bozell II, who wrote “Conscience of a Conservative” for Barry Goldwater.

Maybe you’ve heard of Brent’s uncle, Bill Buckley, whose words you misquote and twist as the basis for your organization enough to falsely suggest you know something about him.

END_OF_DOCUMENT_TOKEN_TO_BE_REPLACED

“Fox News has decided not to renew its contract with political commentator and pollster Dick Morris, an industry official tells POLITICO’s Mike Allen.” 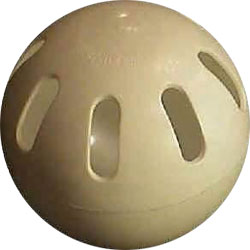 And there goes filibuster reform, shot down by the man who talked a big game last summer, but whom we always suspected would cave when the moment arrived. The Founders never envisioned the filibuster — the Senate was (and is) sufficiently undemocratic as designed, so why overegg the recipe?

We Would Have Bet on Fox Hiring His Wife…

“Former Democratic presidential candidate Dennis Kucinich has signed on as a regular contributor to Fox News Channel… Kucinich, who was elected mayor of Cleveland at age 31, said Fox has always provided him with a chance to offer his perspective.” [AP, via Political Wire]