Sock puppet David Gregory will not be prosecuted for waving an empty high-capacity mag on the TeeVee:

Bad Law Professor William A. Jacobson is aghast and also has the vapors, and his commenters are sure that a Fox talking head would be in jail if they did the same thing.

Don’t these idiots know prosecutors only bring cases they think they can win?

A long time ago, in a blogosphere far far away, I did a Weekend Wingnut Roundup. Every weekend I would scour the right wing blogs for the stupidest posts and do a shorter version. This resulted, eventually, in a need for stronger antidepressants. And now, for some reason, I’ve waded in again:

Ace of Spades – it is entirely possible that Gingrich will defeat Romney and win Iowa if no one remembers what a tool he is.

Althouse – oh my, do you think those awful liberals are to blame for poor Herman Cain having to play the race card to defend himself from charges he groped a couple of white women?

American Thinker – Herman Cain could have weathered one or two women coming forward, but four? Oh, and Bill Clinton’s penis.

Atlas Shrugs – Obama personally sent a bunch of hippies to Denver to scream at some poor defenseless conservative bloggers.

Confederate Yankee – while I object to the state of Mississippi being forced to recognize some New York homo marriage, I fully support a law forcing New York to let me conceal-carry my Glock.

END_OF_DOCUMENT_TOKEN_TO_BE_REPLACED

While we were all awaiting the Rapture — say, how’d that work out? — former pizza magnate Herman Cain formally announced his candidacy for Preznit:

Oops! But hey, we took Herman’s advice and found something in the Constitution that says “three fifths of all other Persons”. What’s that about?

Sadly, this wingnut will probably win the election – she’s running in Arizona: 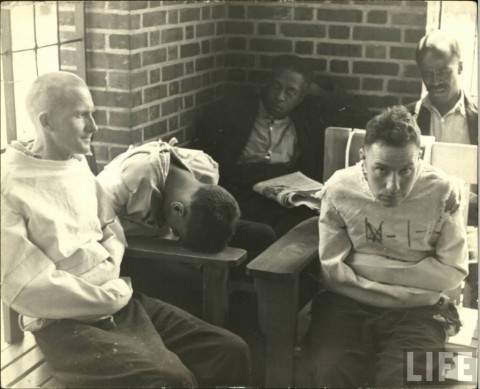 Minnesota GOP caucus organizes its elections strategy earlier this year at a meeting in St. Paul, where party leaders mourned the lack of really qualified GOP candidates with convictions for necrobestiality and cannibalism.

The twisted madhouse that is the Republican party never fails to astound with the legion of psychopathic grotesques that the party sends to stump for office these days in an apparent intramural contest to eclipse the babbling, nonsensical performance of barking mad christofascist end-timer and swindler Sarah ‘Talibunny’ Palin.

Such is the case with the 4th Congressional District (Minnesota) GOP primary in which the party was only able to field a fugitive from justice living in Europe and an unapologetic drunk and hate monger, most likely because the party apparatus was unable to locate candidates with convictions for necrobestiality and cannibalism, signal characteristics indicative of a true GOP party stalwart.

END_OF_DOCUMENT_TOKEN_TO_BE_REPLACED 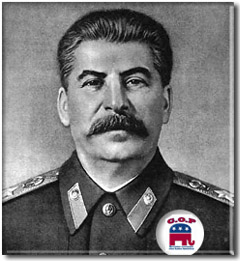 We’ve seen it in the extreme and nearly perfect party discipline that allowed the GOP to stage more filibusters over the past year and a half than any political party in American history. We’ve seen it in David Frum’s firing from the American Enterprise Institute for expressing ideas that were critical, not of the party’s ideology, but rather, of its methods. We’ve seen it in the savaging that Red State’s editor Erick Erickson received when (falling out of character for a brief moment) he dared criticize Teabagger darling and money minting machine Sarah Palin. END_OF_DOCUMENT_TOKEN_TO_BE_REPLACED

Wingnut of the Day…

Virginia Gov. Bob McDonnell (R): 1) declared April Confederate History Month in the Old Dominion without bothering to mention slavery; 2) sort of apologized for the omission; and 3) added some language to the declaration acknowledging that maybe slavery hadn’t been such a hot idea. This asshole is the wingnut’s wingnut. [TPM]