Of Martyrdom and Dog Whistles

Hours before President Obama is to arrive in Tucson for a memorial service for the six people killed in Saturday’s rampage targeting Rep. Gabrielle Giffords — and showing that even with six dead and 14 injured, in her narcissistic mind it’s all about her — Talibunny released an eight minute video in which she fires back (so to speak) at those pointing out her past use of violent imagery and placing gun sights on Giffords’ district during the 2010 campaign.

Palin says of those who criticized her and other politicians and pundits for a toxic political environment, that “journalists and pundits should not manufacture a blood libel that serves only to incite the very hatred and violence they purport to condemn.”

Blood libel? Did I hear a high-pitched whistle? Or is that the sound of someone nailing herself to a cross? Or both?

END_OF_DOCUMENT_TOKEN_TO_BE_REPLACED

Herstory on the March 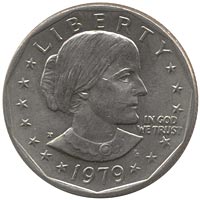 You may not know that Team Sarah, which is kind enough to send us exclamation-laden emails on occasion, is a project of something called the Susan B. Anthony List. You also may not know about the SBA List’s mission statement:

Our organization is named after the suffragette Susan B. Anthony. Anthony was an outspoken critic of abortion, even calling abortion “child murder.” Although she is known for helping women win the right to vote, it is often untold in history that she and most early feminists were strongly pro-life.

Damned historians, always twisting the record and keeping a step ahead of the Texas Board of Education. How could we not have known that Susan B. Anthony was an outspoken critic of abortion?

Unless, of course, she wasn’t:

END_OF_DOCUMENT_TOKEN_TO_BE_REPLACED

Revenge of the PUMAs…

“In both speeches, Palin cited President Ronald Reagan as a driving influence in her life and political career, drawing great attention to the fact Reagan was born and educated in Illinois — the state in which we believe Palin will officially launch her 2012 presidential bid on February 6th, 2011… Reagan’s 100th birthday.” [Conservatives4Palin, via Political Wire]

Teabaggers are animated by cackling, inchoate rage and hate, although they do have their icons, chief among them Sarah ‘Talibunny’ Palin, a christofascist psycopath who’s managed to parlay idiocy and incompetence into leadership of a paramilitary cult by leaping to the head of this parade of barking grotesques and crystalizing their creed of xenophobia, genocide, social Darwinism and bankrupting militarism with her demented word salad of Farmers’ Almanac phraseology and neonazi confections.

Small wonder that Delaware radio talkmeister Matt Walsh would feel their wrath at a teabagger festival of hate this month when he called them all out as Talibunny panty sniffers. Oh, yeah. Questioned their independence of mind and dismissed their patron saint as a stroke pin-up. Predictably, they went fucking nuts.

END_OF_DOCUMENT_TOKEN_TO_BE_REPLACED

Stories We Never Finished Gagging Over…

“With its tales of uplift and pluck, [Sarah Palin’s] ‘Real American Stories’ trades in the kind of easy sentimentality that provokes eye rolls among those of us who work in media while quickening the pulse and patriotic ardor of almost everyone else.” Oh, and it lost viewers. [NYT, TVNewser] 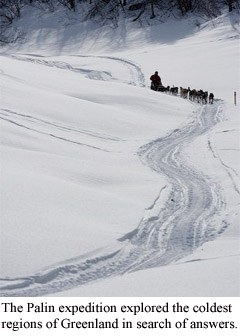 Esteemed climate scientist Dr. Sarah Palin released the findings today from a dangerous expedition she recently led to gather ice core data from the polar caps of Greenland. Aided by her husband, the renowned adventurer and explorer Todd Palin, who led the dog sled team that carried the Palins, their equipment, and a contingent of Tea Party Activists to the edge of the arctic caps, Palin spent three weeks gathering spectroscopic readings, drilling and analyzing ice cores for trapped C02 and taking precise temperature measurements and ice thickness readings. The results, which will no doubt shock the scientific world and will be published shortly in the esteemed scientific journal Twitter, blame charged particles, or ions, for the recent rise in global temperatures. Palin’s upcoming scientific paper is reproduced, in its entirety, below:

A world conference of climate experts is expected to be called to discuss the explosive new findings sometime in the coming weeks.