Stinque
Home Latest Comments Log in
If it smells, we’re on it.
Stinque
Mastodon: @stinque@mas.to
Celibabe
earlier »
Celibabe, News You Can Self-Abuse 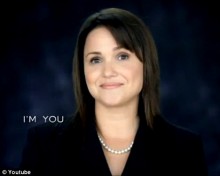 And she’s back in classic Celibabe fashion. When quizzed about concerns regarding Mittens’ flip-flopping on every issue of importance, she said, “He’s been consistent since he changed his mind.”

One can only hope to see her out on the campaign trail soon.

When faced with the sheer middle-class brutality of Piers Morgan’s attack-dog interview technique, Chrissy does what any self-respecting Bagger does when confronted with questions: she walks off the set. Or at least she tries to. As I’ve always said, if you plan on exiting in a huff don’t let them wire you under your clothes. You’ll be stuck in your seat and most likely trip on the wire.

Like most of you I too am outraged that Piers refused to ask Chrissy the questions she wanted to answer. What is he, a journalist?

The Last Refuge of Scoundrels…

“Tea Party favorite Christine O’Donnell says she’s been invited to be a contestant on TV’s ‘Dancing with the Stars.’ But the losing Senate candidate from Delaware isn’t sure she should accept, saying she has two left feet and a book about politics to complete.” [AP, via Political Wire]

That’s Our Wingnut of the Year!…

“Federal authorities have opened a criminal investigation of Delaware Republican Christine O’Donnell to determine if the former Senate candidate broke the law by using campaign money to pay personal expenses, according to a person with knowledge of the investigation.” [AP/Boston Herald]

The New Adventures of Old Christine 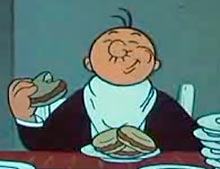 So, what’s Celibabe been up to since losing to the Delaware Marxist?

“If we’re going to extend the jobless benefits we have got to cut spending programs and that’s the flaw in his announcement,” she said. “That’s the tragedy.”

Well, yes, but she’s relying on the kindness of strangers:

END_OF_DOCUMENT_TOKEN_TO_BE_REPLACED

Christine O’Donnell is No Episcopalian

Folks today are twittering about an apparent gaffe by Christine O’Donnell at a morning (yes, morning) debate:

Coons said private and parochial schools are free to teach creationism but that “religious doctrine doesn’t belong in our public schools.”

“Where in the Constitution is the separation of church and state?” O’Donnell asked him.