The Crap is as High as An Elephant’s Eye

Meet Al Gerhart. Al’s 54, an Oklahoma carpenter. Al’s also a cofounder of the Sooner Tea Party, which inclines him to send emails like this:

“Branan, Get that bill heard or I will make sure you regret not doing it. I will make you the laughing stock of the Senate if I don’t hear that this bill will be heard and passed. We will dig into your past, your family, your associates and once we start on you there will be no end to it. This is a promise.”

“Branan” is Cliff Branan, an Oklahoma state senator. Who — golly! — is a Republican. Cliff chairs the Energy and Environment Committee, which inclines him to receive emails discussing the issues of the day from civic-minded people like Al.

END_OF_DOCUMENT_TOKEN_TO_BE_REPLACED

“Beck revealed that his intention to ‘go Galt’ is quite literal, unveiling grandiose plans to create an entirely self-sustaining community called Independence Park that will provide its own food and energy, produce television and film content, host research and development, serve as a marketplace for products and ideas, while also housing a theme park and serving as a residential community.” [Right Wing Watch]

Who Gets the Chalkboard?…

“Mediaite has learned that Glenn Beck’s last day on Fox News is currently scheduled to be June 30th. Fox News has confirmed this information to Mediaite.”

This week Glenn Beck has taken to his radio show to attack me as a Progressive, which he has said is the same as a “cancer” and a “Nazi.”

What did I do that apparently caused him to link me to a fatal disease and a form of government that murdered millions of innocent Jews? I had the audacity — not of hope — but the audacity to give respect to the efforts of First Lady Michelle Obama’s Let’s Move campaign to address childhood obesity.

I’m no fan of her husband’s policies for sure, but I have appreciated her efforts that Beck misrepresented — either out of ignorance or out of a deliberate attempt to distort them to create yet another “boogey man” hiding in the closet that he and only he can see. The First Lady’s approach is about personal responsibility — not the government literally taking candy from a baby’s mouth.

END_OF_DOCUMENT_TOKEN_TO_BE_REPLACED 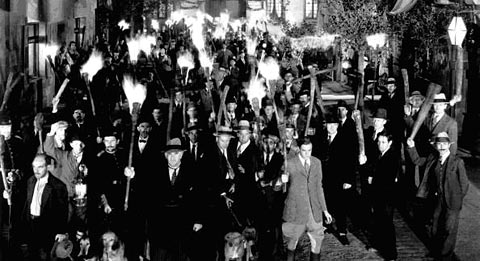 Fox News and Mercury Radio Arts, Glenn Beck’s production company, are proud to announce that they will work together to develop and produce a variety of television projects for air on the Fox News Channel as well as content for other platforms including Fox News’ digital properties. Glenn intends to transition off of his daily program, the third highest rated in all of cable news, later this year.

END_OF_DOCUMENT_TOKEN_TO_BE_REPLACED

Our afternoon guest columnist is the host of the popular Fox News program “Glenn Beck’s Paranoid Style”, spittling last June 10. Elsewhere in Cyberville, the penultimate paragraph is getting a lot of play today. We’re having a difficult time making sense of any of it.

Just because you in Washington and you who are so out of touch with life in the media, just because you don’t believe in anything doesn’t mean nobody else does. We do. You know why you’re confused by this show? It’s because I believe in something. You don’t.

END_OF_DOCUMENT_TOKEN_TO_BE_REPLACED 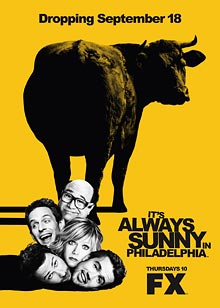 Did you know that there’s a Mayor Nutter in Philadelphia? We didn’t. And for purposes of exposition, we’ll try not to cackle like a hyena:

Talk-radio host Glenn Beck took a shot at Philadelphia on the air Tuesday, calling the area around Independence Hall “the killing streets” and proclaiming that the city was “not a place you want to be.”

The remarks irked city officials. Mayor Nutter’s spokesman told The Inquirer that Beck was suffering from a case of “verb-arrhea.” Philadelphia Police Lt. Ray Evers called Beck “misinformed.” The historic district, Evers said, “is actually one of the safest parts of the city, if not the country, with the number of law enforcement. Who listens to him, anyway?”

Nobody in Philly, apparently. The local radio station canceled his show Monday.