Stinque
Home Latest Comments Log in
If it smells, we’re on it.
Stinque
America is a Death Cult.
Organized Cluelessness 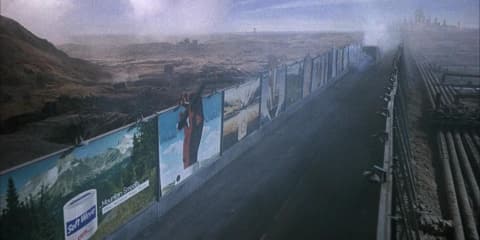 We don’t know what there is to say that hasn’t been said, that we haven’t said before, and more than once. The verdict came down Friday, and it may have been a shock, but it wasn’t a surprise. Everyone saw it coming, from the start.

People have talked about the judge, about trial procedure, about how the laws themselves are written, and these are all relevant subjects. But they don’t, to our satisfaction, get at the problem here, of which this has been yet another example, but not the thing itself.

So we ended up doing what we’ve done before: Look at voting demographics.

We already know that at least since 1976, white people have never voted for a Democratic presidential candidate. We learned that four years ago, at another moment we saw fit to look into it, but hadn’t found cause to update our understanding.

Until now. In November 2020, after four years of Donald Trump and a quarter-million American covid deaths, white Americans voted to keep him in office by 55-43 percent.

White men and white women, although the latter by only — only! — seven points.

Still, y’know, dominant, but the other voices in the room are getting louder.

And, in our judgment, so much of contemporary American politics can be understood not just in terms of white fears, but white obliviousness. Even if you’re not an avid viewer of Tucker’s White Power Hour, everything else in our national news and culture remains tooled to white perceptions and perspectives. There are other lives lived in America, other experiences faced, but if you’re white, you have to make some effort to see them, especially when it’s so much easier to just stay in your lane.

Which brings us to Terry Gilliam’s Brazil. Because we’ve covered this ground before — repeatedly — we initially despaired of finding a new way to say it, a new way to get at it.

And then we remembered the highway, the highway lined by beautiful billboards, blocking out the desolation beyond. That’s your lane if you’re white in America, that’s the road you grow up traveling, the road you’re free to take for granted. Many white folk — let’s say, 55 percent — never see anything but that, living happily inside the walls that were so expertly built for them, denying the world that exists outside the blinders.

And all we can offer at this point is some sad advice:

Try not to become roadkill.

After the 1/06 attempted coup, I thought that most people would realize what deep shit we’re in. Nope, I was wrong about that.

Even after an attempted coup, too many people can’t pull their heads outta their assess long enough to fill out a ballot, as demonstrated by the pathetically low voter turnout for this month’s elections.

The GOPnazis have already rigged the 2022 elections through radical gerrymandering so much that at this point we can’t even legitimately call ourselves a democracy in any truthful sense. Combine that with the fact that under 40s don’t bother voting, and we’re totally screwed.

I still think that we’re in for some major demographic changes by 2030, as most far-white boomers head for their final Klan rally in hell, but we’re gonna have to catch some super lucky breaks between now and then or the country is gonna crash hard.

Like what happens if the Republinazis seize the House in 2022, then decide to crash the eCONomy through a debt default?
FSM-only knows what’ll happen in the unraveling of an eCONomy based entirely upon cheap credit. 2008 was a preview.
The GOPnazis smash the economy and then voters blame Democrats for not being able to stitch it back together again fast enough. More lies and scapegoating as the tailspin continues, rinse and repeat. Same as it ever was.If that comes to pass, we may be lucky if we end up like Mexico: mass poverty, but with a weak, corrupt kleptocracy that’s too disorganized and incompetent to attack its own citizens.

Alternatively, maybe we’ll wake up in the near future to the blessed headline $HITLER DEAD! and the GOPnazis destroy themselves in a power struggle to asscend to Tr666p’s golden commode.

@¡Andrew!: Or the wildest season of Succession yet.

Whatta relief that Cletus, Dingus, and Cletus Jr. got convicted. One more rigged sham trial, and Jeebus was gonna vomit with rage.
It’s just surprising and disappointing that they’re only facing life in prison. You’d think those deranged wingnutz in Georgia could hang ’em or at least give ’em the chair.
On the other hand, there’s nothing that they love more than nasty racist Republinazi trash in Georgian prisons, so that could actually be worse.

Watch out. Someone’s gonna be all like Critical Race Theory!
Hey. Completely unrelated, unless you can tie it to Covid. Well, yeah. It’s Covid.
I.am.cursed.
One of the things that keeps me from slitting my wrists during Doom and Gloom Season, besides slitting wrists seems painful, is live music. Small venue doom and gloom music. I’ll drive to Spokane for that shit. I’ll wake up early and hit refresh until I can get my presale tickets to see The Gloom Masters. I’ll haj it to the Sound Garden at NOAA. I go.
But Covid.
I had tickets to see Mudhoney in May 2020, but lockdown. Junior was going to come out, but pandemic. Concert was postponed.
Then it was rescheduled, but I must have missed the email because I missed the concert, and most importantly, I missed the chance to make some duckets scalping my tickets for funds to see RATM at the shitastic Tacoma Dome, but it was RATM!! Big venue snubbing be damned. Gimme some RAGE. Cancelled.
So
I have tickets to see The Crystal Method this Friday. I have an appointment to get my wig did for the first time since Covid. I’m going to have about a foot chopped off and then get a funky blue/green/teal balayage, check in at a hotel with a waterfront view and a balcony so Beth can get hiiiiigh and get an Uber to Belltown and trance dance her ass off when the bass drops.
Dog is hanging with my friend. Neighbors are taking care of the ducks, and the cats are cats.
BUT FUCKING OMNICRON! (I think I had that Transformer.)
I get my booster the Monday *after* the concert and I’m like, not again. God no. Please. I haven’t been anywhere or done anything in years. I haven’t had a shared experience in years.
I am 100% A okay with every antivaxxer dying a painful death facedown in a fucking ditch (so as to not expose others), for allowing this thing to mutate AGAIN. It’s never going to be contained. Maybe it never would have, but when you’ve got antivaxxers in Coeur d’Alene crossing into Spokane to get treated cuz those fuckers filled up their own hospitals, and it’s not like Spokane is a model city of vaccination, mannnnn. Fuck you. Some of us are straight up going bonkers and running out of meds to try and GARRRRRRRRRRRRRRRRR.
NOt going to the concert. Will get my wig did. Will sit stoned on balcony in the rain doom gloom chain smoking and maybe go see bezos big glass balls.
No crystal method.

I was just reading the Bozogate posts, and I’m still pretty pissed at baked for dying. When she was living in Israel, she used to Skype me (is Skype still a thing?) when she woke up. She and rat bastard would be sitting in bed, and it was surreal as hell. I remember that the sunlight looked different there.

The last time we saw each other was in Atlantic City in the summer of 2012 or maybe 2011. I think 2011 is right. She was staying in a hotel by the train station, and I went and spent the night. She was smoking in the room, and I was worried she’d get in some sort of trouble. I’m always worried about getting in some sort of trouble, but she didn’t care. And she had a ratty ass laptop with a melted broken key, and she was amazed that I fixed it. What I really did was pop the key off so she could jab her finger in the hole. I kept that stupid key until one day I wondered why I had that stupid key in my wallet, and I tossed it. She was still alive. If I’d known she was going to go and die on me, I would have kept it.

@JNOV: Howdy. I miss you. Interesting you mentioned baked, I was thinking of her the other day because after Southwest started flights to T&C (which I’m sure don’t happen anymore), she invited me to spend Thanksgiving with her. I still kick myself for not saying yes to that invite.

And goddess love her, and that janky ass laptop of hers with the missing key.

I hope to make it to the PNW in 2022, assuming we aren’t on the 23rd letter of the Greek alphabet.

If we make plans to get together, which would be rad, we’ll trigger another variant, so just call me when you’re here. Number is always the same.

Re Miss baked. Man, when I was unemployed she kept talking about sending me a ticket to visit, and I was like, “What do I do if I want to leave and I can’t, and do I really want to float her dogs out in an inflatable swimming pool if there’s a hurricane?” In retrospect, I’d be fine with both.

@JNOV: Hi! Yes, baked. @SanFranLefty: Hi.
I won’t read the news. I don’t have TV. I gotta do something. I know. I’ll check out Stinque! See if old Noje is as chipper as ever.

@Benedick: Having a grand old time cranking out silly TikToks as I await Armageddon.

@nojo: If we can admit that we are living in an empire that was unusual in its expansion as most of the territory acquired was contiguous, and that we are now behaving much as empires do, it gets easier to sleep at night. Right now it feels like Sparta has installed the Thirty Tyrants but I still have Hope® that two gay men, recently married, will turn up to save us.