Stinque
Home Latest Comments Log in
If it smells, we’re on it.
Stinque
Assholes, they do vex us.
The Smell From Here

The Whites of Trump’s Ayes 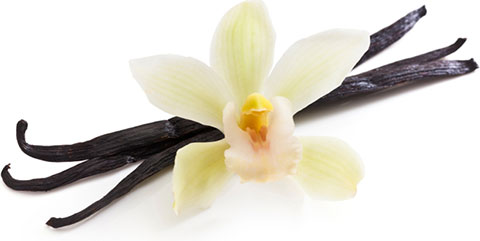 Now that America is stuck with him — if America is lucky, only until November — everybody is rushing to explain How He Got Here. There’s King of the Teabaggers, or (our call) Reagan II, or George Wallace 1968, or…

But let’s cut to the chase: Donald Trump has always been with us. If Trump didn’t exist, America would have to invent him. And America tried, most recently with Sarah Palin, but that turned out to be a bad speed-dating session, so America booted up Tinder and kept madly swiping left until the right demagogue caught its fancy.

The position was always waiting to be filled. Trump figured out how to fill it.

Time has boiled down the 1948 presidential election to Harry Truman holding up a newspaper. But something else happened that year that very much reflects on 2016.

Dixiecrats. The Southerners, led by Strom Thurmond, who seceded — yes, that’s the word — from the Democrats to run against both Truman and Dewey.

You’ve likely heard of them. You’re probably not familiar with Hubert Humphrey’s role in, uh, “inspiring” them.

Humphrey at the time was a crusading Minneapolis mayor, an honest-to-gosh liberal hero. Minnesota had an institutional antisemitic problem, and Humphrey faced that squarely with new laws to eliminate discrimination in city government.

Humphrey was both sincere and ambitious, and at the 1948 Democratic convention — against practical political wisdom to the contrary — he fought for a civil-rights platform plank to “get out of the shadow of states’ rights and walk forthrightly into the bright sunshine of human rights”. Humphrey won, the Southerners walked out, and here we are.

At the time, the American White population was at a high-water mark, peaking near 90 percent in 1920, and only fading the slightest through 1970. And in the South, Jim Crow segregation laws were as strong as ever, as they had been for generations.

But it wasn’t just the laws, of course. The attitude of Southern Whites had remained unchanged since the nation’s founding: Black folk were inherently inferior, less than human. Even the lowest of White Trash could remain confident that he was better than them.

Not that Northern (or Western) Whites were much better. They just didn’t have laws that expressed that attitude so blatantly.

And here we can productively ask the question: If Donald Trump’s popularity is fueled by White Resentment, where did that resentment come from?

Well, what’s happened in America since 1948?

Oh, and the decline of the White population from 87.5 percent in 1970 to 62.6 percent today. (Not counting White-identified Hispanics today — racial classifications have always been fluid.)

So: You grow up in a world where Whites not only hold power, but Whites deserve to hold power, because of their inherent superiority over everyone else, no matter how low their station. And, in your lifetime, in living memory, that world changes, not only letting those people in the room, not only proclaiming them equal to you, but, in time, giving them authority over you, ultimately the highest authority.

You’re damn straight Whites are resentful about it. They’ve been resentful all along, and we’ve all seen it, year by year, decade by decade, generation by generation. To pin Trump’s rise on some recent event is to miss that he merely captures and expresses the boiling resentment that was just waiting for the right leader.

Imagine the American political landscape as a collection of tectonic plates: There’s demographics, and there’s also economics — another major factor in White Resentment, and one that’s also been shifting since 1970. (Trump’s strongest supporters lack a high-school diploma, which means they’re also the first to suffer from globalized labor.) The plates slowly and inexorably shift, and when they jam against each other too hard, you get…

Which is as good an expression as any to describe the past twelve months, and the next twelve. It didn’t have to happen this year, and Trump didn’t have to be the beneficiary, but it was going to happen, one way or another.

And it’s not going down without a fight.

I’m ready for the annual diversion of the trash talking of the Stinque Braquet. Paging mellbell…

The ironic thing is that those same whites should really be mad at Trump, not mad for Trump.

It was the rich (mostly) white guys who fucked them over. Killed the jobs, cut wages, cut taxes, gutted social programs and treated them like they’ve treated minorities. Won the class warfare they resent and want (?) .

Then again, madness2k6 is the password for all of the crazee this year.

@nojo: I’m in too. In other news, AP is calling Florida for Trump. Adios y vaya con Dios, Marco.

@ManchuCandidate: That second verse is brilliant.

I’ve also been moved to verse by this campaign season. It has a Through The Looking Glass feel for me…

The Donald and The Hillz

The time has come – the blogger said –
To talk of many things:
Of polls and pols and caucuses,
And candidates who cling.
And when the voters will get smart
And whether pigs have wings.

“I’ll win for you,” The Donald said:
“I deeply sympathize.”
With snark and boasts he sorted out
Polls of the largest size,
And with his bulging wallet,
Kept voters hypnotized.

“Oh voters,” said the Hillary,
“Shall the White House be our home again?”
But answer came there none –
And that was scarcely odd, because
She’d lied to every one.

“It seems a shame,” the Donald said,
“To play a huckster trick,
Give them simple platitudes,
And fool them with this shtick.”
The Hillary said nothing but
“You really are a dick.”

Rubot’s imminent Trumpf endorsement will be muy interesante; a new low in mental and rhetorical gymnastics.