Stinque
Home Latest Comments Log in
If it smells, we’re on it.
Stinque
Mastodon: @stinque@mas.to
Now What?!
Now What?!

Circa 29 AD — Jesus Christ picks an odd time to go surfing.  Observers are totally stoked by the result.

Circa 1601 — Shakespeare, stuck for a dramatic hook for his new play about otherwise-boring Danes, decides to ice one of them by drowning her.

Circa 1850 — The first breweries in Milwaukee are established, followed soon thereafter by predictable stereotyping of Wisconsinites. 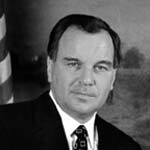 If the parking meter deal put a bad taste in your mouth, try swallowing this: Chicago is considering leasing its water system to help fix the budget.

The new boss could charge whatever they want for water….

…and I give up.  Dude has sold off the parking meters, and a toll bridge. (Actually, they’re 99-year leases.  But who’s counting?)  He wanted to fork over Midway Airport to a private company, but couldn’t swing the deal.  More than half the money from the sales he did do is already spoken for.  And now our water’s for sale.

Screw it.  Go ahead and raise my taxes.  It’s not like you’re going to lose an election in the next twenty years.  You’re still going to have 90% of the City Council kissing your ass, no matter what happens.  Better an honest tax hike than privatizing water.

Don’t You Forget About Me

Oh, dear. Not the huge Hawaii shot they were planning on, but still a bit of the boom from North Korea:

Perhaps everybody over there should have a beer and relax. ISO 9001 Certified beer, no less.

I’m beginning to think that the most dynamic, persuasive ticket for the 2012 election is going to be a Sarah Palin/ Joe the Plumber partnership. Sam Joe Wurzelbacher the Plumber has all of the electioneering skills of Sarah Palin, beginning with the basics:

Wurzelbacher was doing everything you do on the campaign trail. You know, shaking hands, talking to people, kissing babies, taking pictures. . .

Three of those four things make him more competent than the average voter.  Add this to his $250,000 earnings, and that would make him an elitist.  However, this shouldn’t hurt him too much, since Joe’s elitism is white elitism, and the bitters typically only fear black people who are better than them  (which is why Gary Coleman failed to win the governorship in California).

Anyway, Joe Plumber was on the campaign trail with Sarah Palin in Ohio today.  And he showed us he has what it takes to be VP: END_OF_DOCUMENT_TOKEN_TO_BE_REPLACED

Sure, Go Ahead And Hide Osama

Pakistan is one step away from bankrupt.  Not a company in Pakistan.  The whole damn country.  (We shouldn’t point and snicker, though.  We are halfway home as it is.)

At this point, so long as we bring a bunch of gold bars with us, they will let us invade and take Osama