Santa Fe police have released a video of a man they say shot up one of two mobile photo-enforcement speed-monitoring SUVs earlier this month.

END_OF_DOCUMENT_TOKEN_TO_BE_REPLACED

Bad Encounters With a Trick for $400, Alex 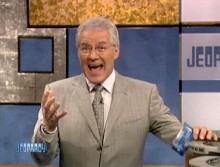 Alex Trebek, host of the game show Jeopardy, was injured early Tuesday as he chased a burglar at the Marriott Marquis hotel in San Francisco.  The no longer mustachioed Trebek managed to rally later on Wednesday to be a judge in National Geographic’s geography bee at Googleplex Ground Zero 40 miles down the Peninsula.*

According to Trebek: “It happened at 2:30 a.m., chasing a burglar down the hallway of my San Francisco hotel, when my Achilles tendon ruptured and I then fell on carpet, bruising the other leg in process. Surgery on Friday.”

A 56-year-old suspect, Lucinda Moyers of San Francisco, was arrested.  Purses and wallets taken from Mr. Trebek’s room were found by the ice machine.

* No information was provided as to whether on Wednesday morning Mr. Trebek hopped on one of those annoying private buses that clog the streets of the Mission and the Castro ferrying hipsters down 101 to the Googleplex — buses that cause your SF correspondent to engage what is referred to as “The Jersey Horn” and “The Jersey Finger” in driving education parlance.

How Not to Behave This 4th of July 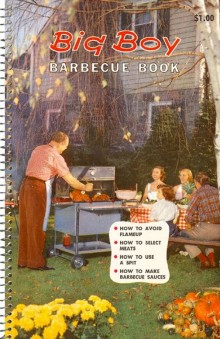 Before everyone heads off this holiday weekend to drink copious amounts of beer, incinerate pieces of meat, and set off explosive devices that scare the shit out of dogs, all in celebration of our Founding Fathers such as John Quincy Adams signing the Declaration of Independence, your friends here at Stinque want to remind you to stay safe and to not be an asshole during the celebrations. We have a cautionary tale for you.

A Bay Area man is jailed without bond in the San Mateo County Jail, facing charges of attempted murder, assault with a deadly weapon, making terrorist threats, and resisting arrest after he went nutso at a neighbor’s barbecue on Sunday. At this time it’s unclear whether he was invited to or crashed the party, but that’s beside the point.

Pedro Garcia, 32, went to a neighbor’s barbecue and starting making “inappropriate sexual comments” to a woman at the party.  The host asked Garcia to leave, at which point Garcia raised his shirt, exposing rifle ammo tucked around his waist,* and threatened to shoot everyone.

But that sort of liquor-fueled dick-waving shit could happen at a lot of barbecues. This one gets weirder…