Runner Up Douchebag of the Day

YouTube disabled the comments for this video. Probably too many calls for this douchebag to stop suing his wife because she wants him to pay his child support. 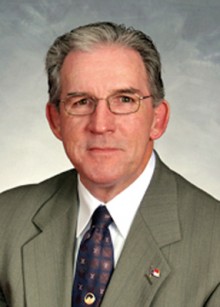 The GOP needs to be destroyed:

A plan to compensate victims of forced sterilization in North Carolina stalled in the state Senate on Wednesday.

The North Carolina House had set aside $10 million in the state budget, so as to give victims of its eugenics program $50,000 each, but Senate Republicans rejected the proposal, The Raleigh News & Observer reports.

“You just can’t rewrite history. It was a sorry time in this country,” state Sen. Don East (R) told the Associated Press. “I’m so sorry it happened, but throwing money don’t change it, don’t make it go away. It still happened.”

If that doesn’t convince you, click here. And let him know: Don.East@ncleg.net (no Twitter that I can find). 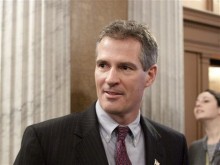 Massachusetts Senator Scott Brown has issued a pair of demands before he will agree to debate his opponent, Harvard professor Elizabeth Warren. The first is that the debate not be carried by MSNBC. Given that the network has become known for hosting mostly left-of-center political opinion shows, this demand could be seen as, perhaps not entirely unreasonable. Just as a Democratic politician might balk at the idea of Fox News broadcasting a debate (imagine your performance being judged by a round-table consisting of half a dozen right-wing demagogues and Juan Williams) one could see a Republican pol. expressing unease at a the post-debate analysis that would immediately follow featuring Chris Matthews, Rachel Maddow, Dylan Ratigan and Michael Steele.

However, it is the second of Brown’s demands that has raised the most eyebrows and for which he receives the title and crown of Stinque’s Douchebag of the Day, for Wednesday, June 20th:

The senator himself was silent on the proposal until Monday, when his campaign manager said Brown would participate only if Vicki Kennedy [wife of former MA, Senator Ted Kennedy] agreed “that she will not endorse or otherwise get involved in this race.”

Demanding a private citizen refrain from endorsing a candidate for political office as a pre-condition for debating your opponent? Congratulations, Scott Brown. You just made yourself look like a frightened little puppy.

I’m no Gleek, but does Beck really think he can get anyone to watch his program except wingnuts?

Frank Bruni’s lamentation over Olympia Snowe’s departure from the Senate is disgusting:

She moved, dressed and treated people — even reporters, and even when we hounded her through the hallways of the Capitol — with an unforced, uncommon graciousness. She spoke with intelligence and almost never with vitriol.

But those weren’t the main reasons we had such soft spots for her. We liked her best for her disobedience. Unlike the majority of her colleagues in the Senate, be they Democrats or, like her, Republicans, she dared to disagree with her party. Often. And she did it publicly, with her votes and her forthright explanations of them.

Snowe (and Susan Collins, also of Maine) voted for the Iraq War. They voted with Bush most of the time and only became “mavericks” when it was clear the Boy King would get what he wanted anyway. They, and others like them, should be driven from polite society.

“At the outset, it’s important to note that there is no one in America who has less stature to claim that someone else shows “blatant and egregious disregard” for the Constitution than Mike Lee. Lee believes that federal child labor laws, FEMA, food stamps, the FDA, Medicaid, income assistance for the poor, and even Medicare and Social Security violate the Constitution.”

“Good luck…you’re going to need it.” 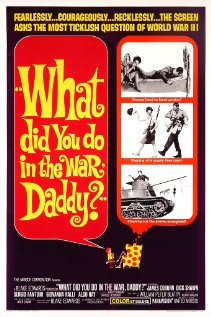 Those were the words directed to Mittens this morning after he told a gay Vietnam vet in New Hampshire that he didn’t think the same-sex spouses of veterans should receive survivors’ benefits.

Oh, if you were wondering, Mittens spent the late ’60s/early ’70s at Stanford, BYU, Harvard Business School, and tootling around France trying to convert cheese-eating surrender monkeys to the Mormon church.  Two deferments. Must have been nice.

Video after the jump. At least his hair looks good, though a little Mayor McDreamy slick for my taste.