Canary in the Cold Mine

This may not surprise you, rain being something most of us are familiar with. And really, some places we know could use more of it. Those evaporating California reservoirs, say. Or the Colorado River.

But what makes it noteworthy, perhaps something we should pay attention to, once we’re done fretting over the loss of a sliver of the American Empire, is that it’s raining in Greenland where it never rains in Greenland. Ever.

Because it’s usually too damn cold.

END_OF_DOCUMENT_TOKEN_TO_BE_REPLACED

Owner of a Bleeding Heart

Westbrook Pegler, a name you may barely recognize at best, coined the term “bleeding-heart liberal” in 1938. The occasion was a bill before Congress, proposing an action he felt unnecessary.

“I question the humanitarianism of any professional or semi-pro bleeding heart,” he wrote in his syndicated column, “who clamors that not a single person must be allowed to hunger but would stall the entire legislative program in a fight to ham through a law intended, at the most optimistic figure, to save fourteen lives a year.”

It’s not that Pegler was racist — heavens, no! — but that the bill pandered to “crowded northern Negro centers”.

That’s what he said, anyway.

END_OF_DOCUMENT_TOKEN_TO_BE_REPLACED

Coming Soon to a Planet Near You

We think we can say now, with some certainty, that things are going to get much, much worse before they get better.

Nothing new there. We’ve been ignoring global warming for thirty years.

END_OF_DOCUMENT_TOKEN_TO_BE_REPLACED

The Years of Living Dangerously

In 1990, SNL presented “The Global Warming Christmas Special”, an extended sketch that sadly cannot be found online, save for a transcript. It was hosted by Mike Myers as Carl Sagan, with special guest Tom Hanks as Dean Martin, and you’ll have to let your imagination fill in the rest. If it helps to include Phil Hartman as Isaac Asimov, consider it done.

For years afterward, the sketch provided for us a landmark in popular awareness. SNL doesn’t tackle a subject until it’s ripe, and we could confidently say from that moment that global warming was part of The Conversation.

You might even say it was ready for prime time, but global warming had already been in prime time — thirty years earlier.

END_OF_DOCUMENT_TOKEN_TO_BE_REPLACED

One Damn Thing After Another

We love third-string Marvel characters, the ones who aren’t big enough for movies or networks, and so end up dwelling in the Netflix basement. We love them because Saving the World has gotten pretty boring at this point in cinematic history — Superman reversed time forty years ago, after all, and after you’ve shown that you can rewind Earth’s spin without throwing everybody into space, you’ve pretty much established that the planet won’t blow up next time.

Besides, Beneath the Planet of the Apes blew up the planet forty-five years ago, so no point going there either.

The Marvel bench lives in the world the first-string saved, satisfying the Gods of Continuity, but their problems don’t amount to a hill of beans in it. That actually makes them more interesting in practice, since their writers have to stretch to make them even worth watching. We have no inherent reason to care about street crime in Hell’s Kitchen. Unless you provide one.

END_OF_DOCUMENT_TOKEN_TO_BE_REPLACED

Ye Defiled My Land, and Made Mine Heritage an Abomination…

“I would point out that if you’re a believer in in the Bible, one would have to say the Great Flood is an example of climate change, and that certainly wasn’t because mankind had overdeveloped hydrocarbon energy.” —Texas Congresscritter Joe Barton, defending the Keystone pipeline. [BuzzFeed, via Political Wire]

Nerd Wars Begun, They Have … 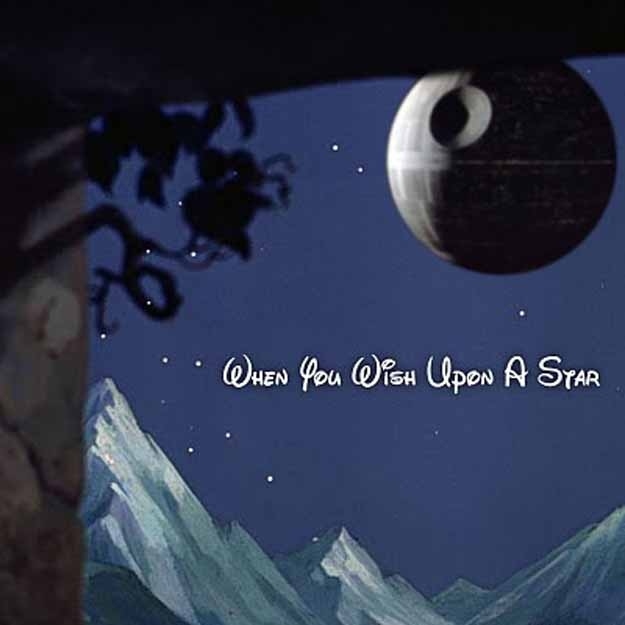