Stinque
Home Latest Comments Log in
If it smells, we’re on it.
Stinque
397,994
Big Shitpile
« later • earlier »
Big Shitpile, The Majesty of the Law 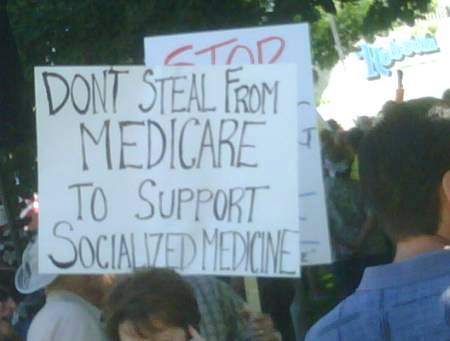 Estimated time of the decision is 10:15 am EDT, as there are a couple of other decisions to release and it will be a madhouse of reporters and advocates trying to run out of the low-tech court after the release of the decision on the Affordable Care Act.

Per Amy Howe at SCOTUSblog, who either has a copy in her hand or is secretly blogging from inside the court:

In Plain English: The Affordable Care Act, including its individual mandate that virtually all Americans buy health insurance, is constitutional. There were not five votes to uphold it on the ground that Congress could use its power to regulate commerce between the states to require everyone to buy health insurance. However, five Justices agreed that the penalty that someone must pay if he refuses to buy insurance is a kind of tax that Congress can impose using its taxing power. That is all that matters. Because the mandate survives, the Court did not need to decide what other parts of the statute were constitutional, except for a provision that required states to comply with new eligibility requirements for Medicaid or risk losing their funding. On that question, the Court held that the provision is constitutional as long as states would only lose new funds if they didn’t comply with the new requirements, rather than all of their funding.

Greece is broke and close to being broken. It is a country where children are fainting in school because they are hungry, where 20,000 Athenians are scavenging through waste tips for food, and where the lifeblood of a modern economy – credit – is fast drying up.

It is a country where the fascists and the anarchists battle for control of the streets, where immigrants fear to go out at night and where a woman whispers “it’s like the Weimar republic” as a motorcycle cavalcade from the Golden Dawn party, devotees of Adolf Hitler, cruises past the parliament building. Graffiti says: “Foreigners get out of Greece. Greece is for the Greeks. I will vote for Golden Dawn to remove the filth from the country.”

The people Atrios refers to as our Galtian Overlords are truly horrible. This is what happens when people have no jobs and no money.

Troubled Greece: Fears of ‘First Domino’ to Fall as Austerity is Counted a Failure [HuffPo]

Our guest columnist is not Clint Eastwood.

If General Motors, Ford and Chrysler get the bailout that their chief executives asked for yesterday, you can kiss the American automotive industry goodbye. It won’t go overnight, but its demise will be virtually guaranteed.

Without that bailout, Detroit will need to drastically restructure itself. With it, the automakers will stay the course — the suicidal course of declining market shares, insurmountable labor and retiree burdens, technology atrophy, product inferiority and never-ending job losses. Detroit needs a turnaround, not a check.

We think this means “I just got laid off, and now I’m going to kill myself for my family.”

Nobody wants to pay top dollar for the pieces of Big Shitpile still held by European banks:

(The banks want to sell their assets near “par”–the value the banks are carrying the assets for on their books–because then the banks won’t have to take losses that would further deplete their capital. The buyers, meanwhile, want deals, and they know that time is working in their favor.)

So now that banks are moving to Plan B, says Gore, which is financial engineering.

Specifically, the banks are packaging up bunches of crap assets, putting pretty bows on the packages, and then using the packages as “collateral” with which to obtain emergency loans from the ECB.

And as Spain, Italy, and Greece circle the drain, Britain is warning its expats to expect, of all things, riots when the Euro collapses:

END_OF_DOCUMENT_TOKEN_TO_BE_REPLACED

Your Debt-Ceiling Sellout At Work…

“Stocks around the world fell sharply Thursday on intensifying investor fears about a slowdown in global economic growth and worries about Europe’s ongoing debt crisis, which is centered now on Italy and Spain… A fear haunting markets is that the United States economy may be heading for a double-dip recession.” [NYT]

The Sack of Rome. According to Tacitus, Petronius Arbiter:

…spent his days in sleep, his nights in attending to his official duties or in amusement, that by his dissolute life he had become as famous as other men by a life of energy, and that he was regarded as no ordinary profligate, but as an accomplished voluptuary. His reckless freedom of speech, being regarded as frankness, procured him popularity. Yet during his provincial government, and later when he held the office of consul, he had shown vigor and capacity for affairs. Afterwards returning to his life of vicious indulgence, he became one of the chosen circle of Nero’s intimates, and was looked upon as an absolute authority on questions of taste (elegantiae arbiter) in connection with the science of luxurious living.

The Tom Ford of his day, his was among the more spectacular suicides. As the story has it (and no, I don’t care if it isn’t true), in 65 CE, the emperor dropped by for an evening of gladiator buttsecks during which he noticed the many priceless works of art littering Petronius’s penthouse triplex overlooking east 57th. Having had a day or two to work himself into a state, the emperor sent word that, admiring his subject’s collection, Petronius should do everyone a favor and kill himself leaving everything to said emperor.