Save the Gulf, Buy a Hummer

Following up on his mini-rant last night about the Obama Administration’s sell-out to BP, Stinquer DodgerBlue provides us with a full rant and more details about the deal with BP. 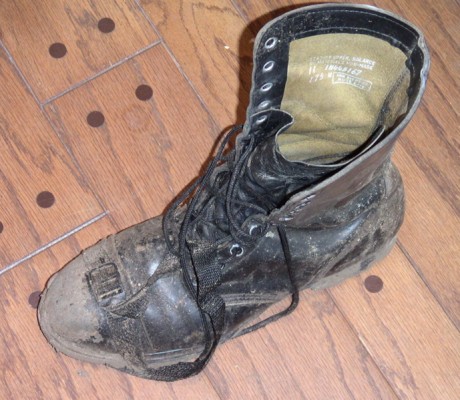 Last week, BP cut a deal with the Obama administration that means that you and I, as taxpayers, are now in business with BP and have a financial interest in having BP pump as much oil as it can from the Gulf of Mexico, off Alaska, and everywhere else in the U.S.

How did this happen?

After some cajoling, BP agreed to put $20 billion into an escrow fund to pay for damages from the Deepwater Horizon oil spill.  The feds wanted some security to back up the promise, in the way that a bank takes a security interest in your car to make sure that you pay the car loan back.  You default, the bank forecloses and takes the car. [Ed. note: You might remember right wing loons like Rand Paul and Joe Barton screeching about this escrow fund.]

So BP talked the feds into accepting a security interest in the future oil and gas income from BP’s U.S. subsidiary’s operations throughout the U.S.  You can read the agreement here. To make this security interest worth anything, BP needs to be profitable.

One of the ugly consequences of this deal is that the feds have recreated the same conflict of interest that they had when the same federal agency  — then called the Minerals Management Service — both regulated offshore drilling and was responsible for bringing in royalty income from the same drilling.

How tough can the feds be on BP when they need BP’s income?

This deal also puts government support behind increasing fossil fuel production when we should be moving towards renewable energy instead.

Here are some alternatives that the feds could have taken, all of which would be obvious to Obama’s Wall Street buddies.

First, they could have taken a security interest in the BP parent corporation’s non-US assets or production revenues. That would eliminate the conflict issue.  Second, they could have taken one in the U.S. subsidiary’s U.S. assets, including their valuable oil leases.  That would not put us directly in the oil business.  Third, they could have made BP put up a letter of credit, which is an irrevocable promise to pay made by BP’s bank or banks; in that case, the issue of collateral would be the banks’ problem, not ours.

So the feds chose the alternative that is the worst for the taxpayers, the worst for the environment and the best for BP.  Why?  I blame Rahm Emanuel, but a well-connected Chicago friend of mine (not a Stinquer) blames Obama advisor Valerie Jarrett, who is strongly pro-business and who, according to my friend, has more mojo with Obama than Rahm does.

Remember when Interior Secretary Salazar said that we would “keep our boot on BP’s neck until the job gets done”?  Well, BP’s boot is now up our ass.

That’s a change, but not the kind of change I voted for.

Fact is, this dirty dirty business is going to go on for the foreseeable future – no one can stop it. If BP is going to do what they do, and they are, I’m all for sucking as much cash out of their operation as we (federal gov’t) can. But waving the white flag like this isn’t going to help.

It’s like a loan to an Indian tribe secured by future gaming revenues.

@redmanlaw: Close: BP is now using its Angola and Azerbaijan oil revenues to secure bank loans at 1% over LIBOR (note: the banks always win) to fund its obligations to the Trust, which obligations are secured by its US oil revenues . . . . See http://www.bloomberg.com/news/2010-08-16/bp-pledges-angola-azerbaijan-oil-as-it-builds-u-s-fund-for-gulf-cleanup.

@Dodgerblue: Link is borked, Dodger. I wanna share it with my lefty buds.