Who Needs a Brazilian?

Today in World Cup Hottie and soccer game action, Brazil stomped on Chile, winning by 3-0, and advanced to play Holland, which earlier in the day defeated Slovakia by a score of 2-1.

Brazil and the Netherlands will now face each other in the quarterfinals on July 2. The two national teams play very different styles of soccer, each reflecting their country’s stereotypical character.  The Dutch are methodical, masters of incredible technical skills, and work together as a solid team. The Brazilians are beautiful to watch, but are a collection of individual personalities and egos, and when they choose to do so their games can be a transcendent ballet of athletic skill and grace.

It will be a game worth watching, as will be tomorrow’s Iberian Peninsula grudge match of Spain v. Portugal, featuring the hottie match up of nekkid Spaniard Sergio Ramos and hot goalie Iker Casillas v. Cristiano Ronaldo. If Spain loses, that means no more Spanish reporter Sara Pastasauce for the str8 boys.

But on to Hotties. So meet the Brazilians. And like all good Brazilian players, almost all of them go by just one name. 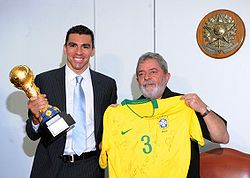 The adorable Kaka, who is a born-again Christian and told everyone that he was a virgin when he was married a few years ago: 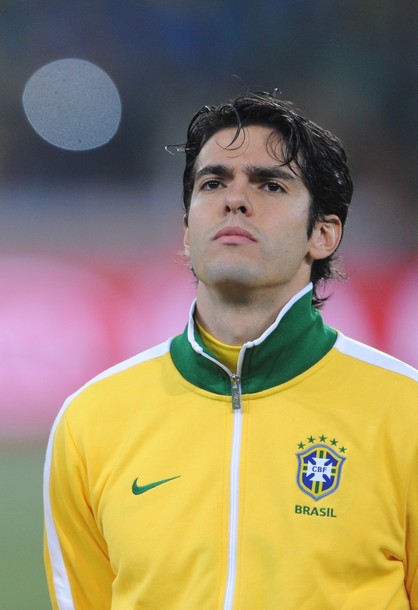 Here’s another one of Kaka – this time with a shirtless Cristiano Ronaldo after the Portugal-Brazil tied game in the first round of play (you know I’d work in a Ronaldo pic for JNOV): 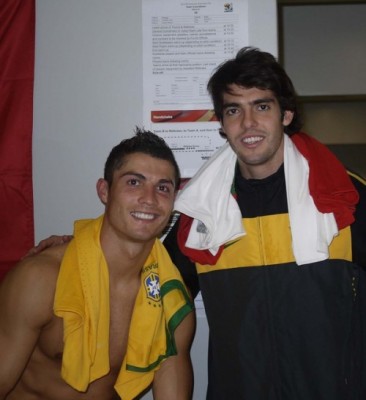 Here’s the Brazilian keeper, Julio Cesar, who is considered the best goalie in the world. He has had an amazing series coming in to the World Cup and in play here. Brazil hasn’t traditionally been known for their goal keepers, but Julio Cesar is built like a brick shithouse, and totally reminds me of my Law & Order boyfriend Vincent D’Onofrio. Here he is with another Brazilian, Luis Fabiano: 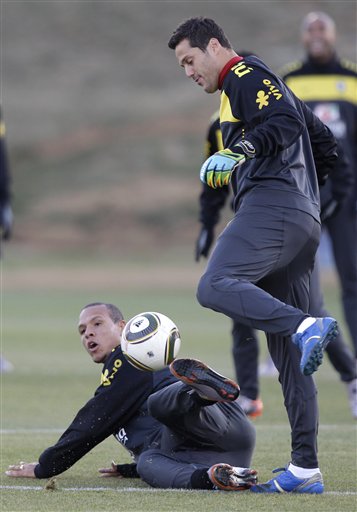 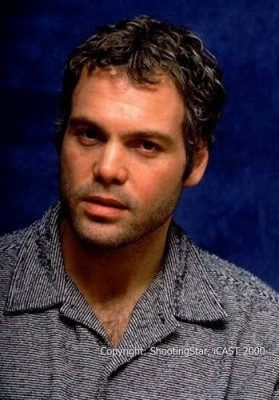 Back to the Brazilians, another star, Robinho: 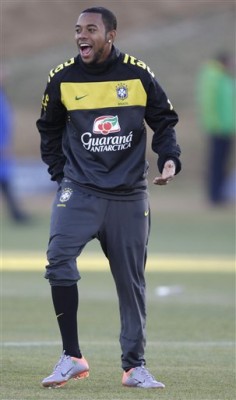 Finally, I don’t want to dis the Dutch. Wesley Sneijder was Hottie of the Day a week or so ago, but here’s a little bromance and man-love by the Dutch players after a goal: 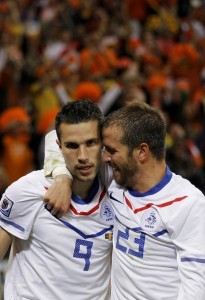 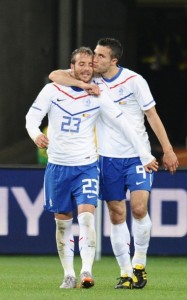 I’m really, really beginning to like this sport. A lot. Thanks for Cristiano, D’Onofrio, Robinho, Kaka… This is really overwhelming! ::weeps::

Brazil= Best Asses on Any Group Of Humans, Anywhere

@Tommmcat Still Gets Carly Confused With Meg: Amen, male or female. Maybe if the str8 boys behave themselves, I’ll run some photos on July 2 of female Brazilian fans cheering on the team.

So, I’m guessing the goalie is the dude wearing gloves, and the guy on the ground is Fabiano? Nice O face that.

Is this soccer thing still going on?

Also: Ha! D’Onofrio looks lovely in that picture, but he hasn’t looked like that in a long time. I’m probably not one to talk, though. My fondest memory of him is playing the Bug with Edgar skin in MiB.

@TJ/ Jamie Sommers /TJ: I decided to not go with a bloated drunk photo of him. Still a hot mess.

Have you ever felt a craving for a very specific food that you can kinda describe, but not really place? I have that. I want something (salty, possibly Mexican) from someplace I used to frequent, but I can’t remember what it is or where I got it from. All I know is I will be driving myself crazy until my tastebuds are in alignment with my memory.

@SanFranLefty: :-( He was passing out on the set. I thought he was sick with some debilitating disease. As long as his voice doesn’t change, I won’t kick him out of bed. ::imagines Vincent whispering in her ear::

@JNOV: I just love how his character on L&O:CI is this font of obscure and random knowledge – it totally turns me on, even if it’s just written. And I first got a crush on him when Mystic Pizza came out (damn that makes me feel old).

@TJ/ Jamie Sommers /TJ: Maybe some ceviche on salty tortilla chips with a squirt of lime? I think I just made myself hungry. Mr. SFL and I had lobster burritos in Sandy Eggo last week. They were off the fucking hook good. That inherent saltiness of some seafood with the Mexican sour cream and spicy salsa…ahhh!! We went there twice in three days.

I was not aware that Thurgood Marshall had been dug up out of his grave and nominated for SCOTUS. A not-so-veiled way for the GOP to go after the ni-KLONK in the White House, methinks.

@SanFranLefty: I KNOW! His character is so random and brilliant and struggles with the mom issues and his own possible issues — maybe he’s such a great profiler because he grew up reading his mom? Loved that. I never saw Mystic Pizza, but I’ll watch it now! I also liked Annabella Sciorra on Criminal Intent. I don’t know why they didn’t keep her.

@JNOV: Yeah, his character’s sensitivity to the eccentricities of others based upon a childhood of managing a paranoid schizophrenic mother is pretty fucking on the mark. A relative of mine by marriage once wrote for his show and the one time I met her I made a complete fool of myself begging that they hire me to be one of their on-staff writers who have JDs.

Time hasn’t been good to Mystic Pizza, but it’s worth it to see a very young Vincent and a very young Julia Roberts. They’re cute and you will keep saying “OMG they look so young!” when you watch it.

TJ/ Shout out to you lurkers! You know you’re out there! Sign in and say “Hi”, goddammit. You know you have stuff you wanna say too… don’t be shy! Look at the ignorant bullshit I spew here daily! Trust me, you couldn’t possibly do any worse…

@Tommmcat Still Gets Carly Confused With Meg: Now you’re making me all self-conscious to think of the lurkers. Come out, darlings!

@Tommmcat Still Gets Carly Confused With Meg: We get a dozen signups every day. Unfortunately, they’re all Russian spambots.

Hey, take the love where you can get it.