Stinque
Home Latest Comments Log in
If it smells, we’re on it.
Stinque
This is America.
Talibunny

I Am Woman, Hear Me Roar Away 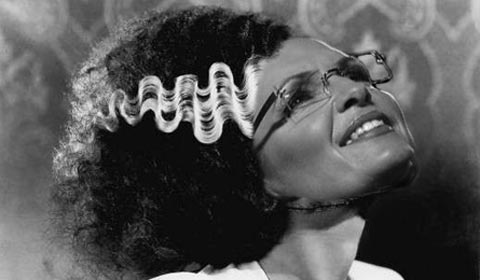 Not satisfied to stiff her fans by charging for photos, Sarah Palin is also saving pennies for that Gulfstream Bus by stiffing the people who make her photogenic:

Sarah Palin not only annoyed leaders of the Utah Republican Party when she didn’t have time for them during her book signing stop in Salt Lake City last week. She also took off from her hotel after arranging for a last-minute hair appointment without paying the hairdresser and leaving her to cover her own valet parking.

Rhonda Halliday of Images Hair Studio and Day Spa is sure it’s all just a misunderstanding, since the future leader of the free world can’t be bothered with small details like paying the help. And it really wasn’t that much trouble — Halliday merely was called at 8 a.m. for the emergency perm, had to get her husband to leave work in order to take their 3-year-old to the dentist for a filling, and had to follow a few simple rules, such as “don’t talk to Palin unless she talks first.”

All we can say is this: at least John Edwards paid for his $400 haircuts.

Check from Palin in the mail? [Salt Lake Tribune, via Washington Independent]

How long will it take until Sarah Palin actually offends a critical mass of people who would have otherwise supported her? I figure it’s only a matter of time until she’s doing book signings at unattended strip mall tables and giving speeches to prisoners because they’re not allowed to skip the weekly speaker meeting.

A diva, but without any known talent except getting preggers and elected.

@IanJ: For her fans, Sarah Palin is the touchstone of reality: She can do no wrong, because she defines wrong and right in her very person.

This is all conditioned upon the shrewdest decision she ever made: Quitting. As long as Palin is not responsible for anything, there’s nothing she can be attacked for — even getting paid to speak at that abortion-loving socialist Canadian hospital. And if there’s even a hint of trouble, she can wave Trig like a Neuralyzer and everyone’s memory will be erased.

Pleez. She could run for governor of Alaska on a snow-prevention platform and the piss-ons would fall all over themselves to vote for her.

We’re about 52 miles past Sanityville on this one.

On the bright side, I can’t recall another female politician who’s ever carried this much (undeserved) loyalty from so many supporters (glassy-eyed supplicants), meaning that perhaps our nation at long last has turned a corner on its formerly rampant sexism and misogyny.

Duck and cover, dude. The women of Stinque may just disagree with you on this point, I fear….

Imagine if we had a ghey candidate for VP and he were totally appalling; it’d still be progress, right?

Palin’s greatest talent is in being a victim, in a way that makes other victimized people feel she is one of them.

Its an amazing dynamic. We have a huge number of people in the US who have been victimized by agricultural consolidation and globalization, who have lost their farms, and their factories, their jobs. Their small towns have fallen to shit, the pigfuckers in the flyover states have truly been greater victims of republican economic policy, from globalization and the corporatocracy, that the coasts, which still have an economy based on information, high tech, and finance.

But these fucktards have been completely brainwashed, and still love the party that fucked them and sold their jobs and farms to the big corporations over the last 50 years.

Instead, the fucktards hate on the liberals and homos and browns, blaming them for all their problems. And they feel seriously put down on, looked down on, by the “elites” who still have jobs on the coasts. GOP politics, Limbaugh’s rhetoric, for 25 years, has been playing up their supposed status as victims of the evil liberals, misdirecting their anger from those truly responsible, and creating these bugaboos, the blacks, taking your taxes for their welfare, the messicans, taking your jobs, the homos, the atheists not letting you pray in school. The poor redstate assholes, they have truly been screwed, but they have been bamboozled into thinking that they have been screwed by liberals and blacks and gays and intellectuals and atheists.

Palin is a true pathological narcissist, and has the narcissists instinctive ability to be the victim, to blame everyone and anyone for any bad thing that happens to her. And who hates her? Liberals and intellectuals and blacks and gays and atheists. Oh, and the media, which is filled with all of the above.

This is her resonance with the fucktards. She plays up her victimhood, its all she does, and it plays on the culture of victimhood that the GOP has been inculcating in the very people the GOP has been screwing for all these years.

@Benedick: Well, Palin pasties are a dime a dozen. But yes, it amused me.

There was an op-ed in The Onion a few years back that summed up those voters deliciously–oh sweet FSM, if only I could find it! I can’t really do it justice, but it went something like this:

“Well mah granpappy voted Republican year-in and year-out, ’till he got tha black-lung and died from ah-workin’ in the mines 16 hours a day. Then mah daddy voted Republican every election of his lahf, ’till he lost tha farm and shot hisself. And now I vote Republican, too, since somebody’s gotta defend Amurikkka from tha Messicans and blacks that took all tha jobs, and the homos that ruined all the famlees. True Chris-tee-ann leadership, yessir.”

Imagine if Obama were gay, it would twitch so many left-leaning cocks (and no doubt find its way into my own twisted fantasies), but his actual policies would still be an abomination.

@Promnight: As usual I agree with the broad analysis, but it’s not only rural red-state and/or FOX-news-watching suburbanites who consistently support those who fuck them without lube.

On a more serious note I’ve been watching Atonement, the very fine movie-i-zation of the glorious novel. Gorgeous. Rush out and knock down old ladies to see it.

As I always say, who was pres when Poe published Annabel Lee? Or when Gypsy hit the stage? Or Awake and Sing!?

That’s what remains. The rest is phantasmagoria.

Just a few images to help your dreams along, dear Stinquers…

@Pedonator: Well, Alan Keyes has never buggered me; the rest I leave to vicious rumor.

The broader point being: Diversity is good, but skin and pestorking preference does not guarantee results.

As before noted… Atonement.

@Benedick: The rest is phantasmagoria.

We’re just extras in the production of Saw VI: The Musical. In which all the songs are dirges.

@nojo: skin and pestorking preference does not guarantee results

BTW, “Brothers” is finally out. They shot a lot of it here in the Santa Fe area almost two years ago, including some interiors in the house next to my office. I saw the tiny ray of perfection that is Natalie Portman wearing a white ski jacket standing on the sidewalk at dusk by the craft services cart.

Right now I’ve just caught up with the Big Bang Theory on DVD. Love that show.

Has anyone seen Avatar yet? I saw it on Tues and LOVED IT. Holy shit, was it amazing. However, I find it ironic that an allegory of the environmental crisis can only be seen using disposable plastic glasses.

@RomeGirl:
interesting. I will have to see it this weekend I guess.