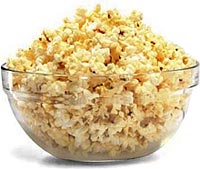 Johnston also told [Maggie] Rodriguez [on the CBS Early Show] he’s been hearing a lot about his saying in a recent first-person tell-all in Vanity Fair magazine that Palin routinely referred to her baby, Trig, who suffers from Down syndrome, as “retarded.”

“I was just in shock for the first time I heard it,” Johnston recalled for Rodriguez. “And then she’d say it regularly. And I think she was joking, but it doesn’t make it right.” 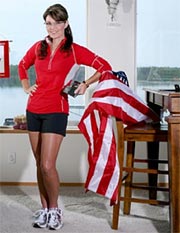 “We have purposefully ignored the mean spirited, malicious and untrue attacks on our family. We, like many, are appalled at the inflammatory statements being made or implied. Trig is our ‘blessed little angel’ who knows it and is lovingly called that every day of his life. Even the thought that anyone would refer to Trig by any disparaging name is sickening and sad… Consider the source of the most recent attention-getting lies — those who would sell their body for money reflect a desperate need for attention and are likely to say and do anything for even more attention.”

So, who do you trust? The whore or the pimp?

Keep your friends close and your daughter’s baby daddies closer.

SHOW US YOUR DICK ALREADY!

Oh please, she’s loving this shit. Her book launch is in a week.

P.S. I believe him. He’s too dumb to make this up.

ADD: You think Levi’s mama was selling the Oxy and meth to Talibunny? Would explain the incoherent speaking and the birth defects.

ADD2: Nojo, I’m emailing you a photo that I think would better illustrate a person who accuses someone of “selling his body.”

@nojo: Glad to be of service. Someone posted it on Gawker on their story and I found it quite appropriate.

@Dodgerblue: No it isn’t funny. But one of the many ways she reminds me of Shrub is the mile-wide cruel streak that edges to BPD.

TJ (Sport): Six most feared words in the Nabisco household: Phillies strike first in this series.

(sorry JNOV, no story, or blood oath, can replace my congenital inability to actively root for the Ponys)

I’m having no luck at all using the Nabisco log in. Been out all day. Was it something I said?

Anyone who was in a beauty pageant really should not talk about others doing things with their bodies for monetary gain.

Okay, I just had to go make a batch of popcorn and devour it all because of the image with this post.

@nojo, @SanFranLefty: Isn’t that desecrating the Flag, punishable in at least a few states with years of the cruel and unusual?

In fact I think I can safely blame Snidely Whiplash for my psycho sexual development. Though nowadays I do have a preferential disposition toward Dudley Do-Right in his magnificent Canadian Mountie uniform. Apprehending me and mounting me upon his horse, such as.

Is the Talibunny picture a feature photograph from a magazine or a Photoshop’ed image? If the latter, the VFW, AL and AmVets should have a long conversation with the Talibunny about managing the stars and bars. She has it thrown over the chair like a beach towel.

@FlyingChainSaw: It’s from a Runner’s World article last year. There’s a whole slideshow. The photo I sent Nojo is #7.

I’m shocked that none of my fashionistas noted that she is wearing SHEER FUCKING PANTYHOSE underneath her shorts!!!! GAH!! That is why this photo has permanently burned itself into my retinas.

Yes. the hose thing is kinda weird. Maybe she had really veiny legs or bruises from moose sex or domestic violence or usual such Alaskan escapades.

@FlyingChainSaw: I feel obligated to defend Alaska, a little bit. When I lived there 20+ years ago it was a haven, a blissed-out mix of countercultural independent thinking and home-schooling Christiandom (with 40-lb Matanuska “cabbages” to show for the Faith). There is a tendency on this blog to conflate Alaska’s culture with that of Mississippi or Alabama, and I assure you that it is not so. Or at least, it wasn’t so when I was a resident there, lo so long ago.

They grew the best fuckin’ weed there, Matanuska Thunderfuck, such as I’ve never encountered in “the States”. Plus the Talkeetna Bluegrass festival, alone, absolves all their sins, or did. Because we stumbled upon it, tripping on LSD, on a camping trip. And it was fucking awesome.

@Pedonator: My mother’s from Juneau, so I’ll do with Alaska as I please. And neither she nor my Juneau-born godmother sound the least like Palin.

@nojo: Yes, she has a completely fake accent, as if some chief-of-staff told her, make like a Minnesotan, that way they will know ye.

As for Juneau, I know it’s a wonderful place, I’ve been there, but by its nature it’s like Sacramento compared to the rest of California.

@Pedonator: Not that I’ve been there, but I wouldn’t compare Juneau to Sacto, except in terms of geography: It is cut off from the rest of the state.

And although Mom hasn’t lived there since before I was born, she did grow up there, and I asked her last year about the accent: Nope, completely foreign to her.

But we’re all there together and we’re smiling and we’re having a good time because we’re going to do something healthy and active. We need more of that.

Yes, we do. And I wish I could join Sarah in the next Anchorage Marathon Run, but her very existence urges me to curl up with a bottle of vodka after a hard night of drinking wine and smoking pot and plowing through an entire pack of cigarettes, all the while thinking to myself, any day now, I’m gonna get fit!

@Pedonator: That may have been true 20 years ago, but you would do well to get up to date on the mad, drunken, gun crazed wife-beating hellhole it’s become by reading the Anchorage paper. It’s just insane. I cruised ADN.com regularly looking for Talibunny angles during the elections and the police blotter told the story of a society descended to face-biting madness. Every day, some insane bit of cruelty or violent stupidity would appear on the front page or somewhere in the police blotter, stuff that would only be encountered in a Stephen King novel.

@Pedonator: Spent a week there for work a few years ago. Went fly fishing for silver salmon in Ship Creek, less than a ten minute walk from the Anchorage Hilton, a few times after work until it got dark at 11 pm. Sipped a few martinis atop the hotel in the mist at dusk, looking out toward Denali. Ate the freshest oysters I ever had with a friend from the Native Alaskan public radio network. Closing night banquet with Native Alaskan food and dances was awesome.

@FlyingChainSaw: Bears walking the streets at the edge of town while I was there, several sightseeing planes crashed and Native people getting paintballed in the street in drive bys.

@FlyingChainSaw: I guess when I was there Peak Oil hadn’t, um, peaked. Let us see Alaska as a precursor to the face-biting cannibal anarchy that our communities’ gates mitigate, for the moment.

@redmanlaw: When I lived there, monitoring alarms on the graveyard shift, Moose-stomping was a regular occurrence at the car sellers’ lots. I had to call the authorities, but I was snickering the whole time.

@FlyingChainSaw: Every day, some insane bit of cruelty or violent stupidity would appear on the front page or somewhere in the police blotter, stuff that would only be encountered in a Stephen King novel.

Sorry, FCS, but that is pretty much SOP in every city and woebegone rural town in US America. Violence is kinda our specialty.

@redmanlaw: Even in Anchorage, the views are fucking fantastic. I’m prejudiced, but I still think Alaska has the most butt-fucking-beautiful geography I have ever seen.

the pimp the pimp

wait
which is which?