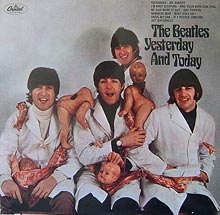 First, an Apology to Our Readers: the post that follows does no justice whatsoever to the most brilliant headline we’ve written all year. But we had the post first, and we don’t have time to go back and pull an Area Man out of our ass. It’s not like we get paid for this.

So, while you’re imagining a hiliarious fantasy post* involving WorldNetDaily’s discovery of a notarized placenta in the possession of Barack Obama’s step-grandmother in Kenya, let’s move on to the mundane subject that triggered our awesome inspiration: the afterlife of the Birther Meme.

Social failures among our readership will recall our Saturday post, where we stuck a fork in the issue: WND, which had been doggedly pimping the meme for months, finally broke free of the remotest plausibility, losing its place in the media food chain when the story finally went national. We would never be completely rid of the Birthers, but they whiffed their swing at the majors.

And there we would have left it, except for some fascinating developments.

Take Lou Dobbs. In desperate need for a new chew toy, he won’t let anyone pull the issue from his mouth: not Jon Stewart, not his own CNN boss — not even CNN’s Howard Kurtz, who took a break from speaking toothless to power Sunday to fire a shot across Lou’s jowl:

Lou Dobbs on his radio show said, “I believe the president is a citizen of the United States.” But he keeps raising these questions, complaining about criticism from “limp-minded, lily-livered lefties.” Is it responsible for Dobbs and others to go on the air, talk about these claims, demand proof, when we have seen a copy of the birth certificate?

And just when we thought we had enough popcorn on hand for the CNN pie fight to come, we discovered that Geraldo Rivera and Ann Coulter (with an assist from Mike Huckabee) also enjoyed some mirth at the Birthers’ expense — on Fox News:

Coulter’s column, by the way, appears at WND, and they didn’t take kindly to her treachery: “Watch Ann trash Americans seeking truth about Obama,” read their sullen headline.

We’re used to seeing lines drawn, but rarely are they so diagonal.

And that’s what fascinates us: an issue so potent among the wingnuts, alternately embraced and rejected by their own media shills. The Birthers are dead! Long live the Afterbirthers!

*Very Late Update: The Onion finally wrote the story we fantasized about.

Impressive. Look how you turned a funny headline into a trenchant post.

And no, I will not look at video of Coulter. Not even for you.

But also, what is with this “limp-minded” shit? Who the hell says that? The phrase is “limp-wristed, lily-livered…” you clueless asswipe.

If Mann thinks the birthers are fucked in the head… Wow.

ETA: What happened to the Moose “not appearing in this picture”?

TJ/ local squawk radio a humming about my guv’nr being outed as “Governor X” in the Spitzer saga. Nothing on drudge yet, so, developing….

I was out and about last night, so I missed the Talibunny coda.

But I had this scary thought: what if she spends the next 18 months reading books, to the point where she can basically recite the Bush Doctrine (Charlie) and be able to back it up with some second-level thinking?

@Nabisco: Freepers are saying it’s your Guv-nuh. I’m still keeping my fingers crossed for the Guv-nator.

@SanFranLefty: Local pundits say that he spent the weekend in Philly to “attend to some personal business”. The Judge may not stand proudly by his side at the inevitable presser, although word on the street is that she’s been his Hillary many more times than we can count.

@chicago bureau: She’s dogged and looking to continue the fail upwards trend, that’s for sure. But I’m counting on her need to “keep it real” and her unfailing ability to show this realness about as well as Miss South Carolina to make most if not all of her “growth” in the next year one of purely comiccosmetic value.

But anyway, TPM (via Politico) is reporting that Jim Inhofe is suffering these fools. Of course he is.

“They have a point,” he said of the birthers. “I don’t discourage it. … But I’m going to pursue defeating [Obama] on things that I think are very destructive to America.”

Incidentally, that same Politico article has this nugget of sanity:

“Twenty-five percent of my people believe the Pentagon and Rumsfeld were responsible for taking the twin towers down,” said Rep. Collin Peterson, a Democrat who represents a conservative Republican district in Minnesota. “That’s why I don’t do town meetings.”

You see — it is possible to get totally tired of this bullshit. IT CAN BE DONE.

@Nabisco: I’m keeping my fingers crossed for a reality show, or that Donald Trump will offer her a ridiculous amount of money to be a judge at the Miss U.S.A. pageant.

@Nabisco: “Attend to personal business” – code for “Tell Judge Rendell the proverbial shit will be hitting the fan and that she might need to go get checked out for STDs”??

@SanFranLefty: Announced resignation, intends to hang on until the budget is passed so, like maybe by college bowl season. Decent guy, too, interesting back story.

@Nabisco: I haven’t been following this story. Is/was it the same hooker, or one of her stablemates?

@Dodgerblue: Well, Spitzer had several hookers, we are just most familiar with the 21 year old from the Jersey shore. This is the hooker who said Spitzer was in to rough play, and then announced a couple weeks ago that he wasn’t the only governor she pestorked. She added the hint that after banging Gov. X three times, she learned that his wife “is well known in her own right.” That sort of narrows it down, and the Gov. of the JNOV and Nabisco is married to a federal appellate judge – who would be well known in her own right (in certain circles).

@chicago bureau: I understand that impulse as well as anyone. But as some sort of supposed political leader, don’t you have some fucking obligation to correct your electorate, maybe educate them a little?

Oh wait — that would keep them from voting for you. Never mind.

@chicago bureau: This is Inhofe, the sanest member of the Oklahoma Congressional delegation.

Rep. Neil Abercrombie (D-Hawai’i) is painting the birthers into a corner.

@SanFranLefty: I was about to put that in comments – excellent catch. And that’s one smart guy.

Wow, when Geraldo calls you a dope, that’s gotta sting. It’s like Dick Nixon calling you a crook.

Also, an issue TOO CRAZY for teh Coltergeist? I would have thought that impossible.

@SanFranLefty: Bless her heart. She could have let it pass on a voice vote, but the popcorn is so much more tasty if they take a roll call.

@SanFranLefty:
Cunning that Bachman is.

@Tommmcatt Floats: That’s what got my attention. Coulter could have let it slide, but she brought out the knives and started slicing the turkey.

Let’s see how that WND poll is doing…

I usually agree with Coulter, but she is dead wrong on this issue. There are too many unanswered questions: 54% (1983)

I don’t usually agree with Coulter, and this is another instance why. Eligibility is a worthwhile issue to probe: 3% (100)

I don’t usually agree with Coulter, but she’s correct now. There’s nothing to the allegations: 2% (60)

That, and 168 comments, if anyone wants to go fishing.

This is the kind of thing that makes me love politics.

Survive for another term she will not.

Neil Abercrombie is my hero. This is hee-fuckin’-larious.

@SanFranLefty: Don’t know the schedule. It should have been your basic bland voice-vote commemorative resolution, but Crazy Eyes forced a delay for lack of a quorum. I’m guessing — well, hoping — that means a roll call later, but maybe it’s just another voice vote when more warm bodies are available.

@nojo: I wonder if Pelosi has the chutzpah to do a roll call.

@SanFranLefty: I’m sure she’d be accused of wasting the valuable time of Congress if she did. But perhaps she could ask the advice of the Representative from Minnesota, who seemed to express concern about the issue.