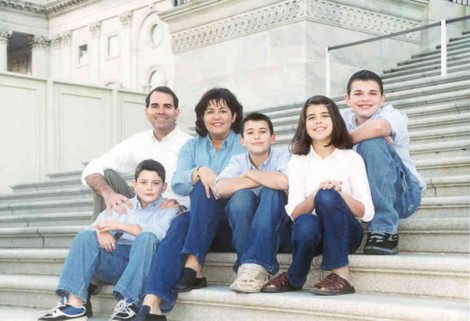 Remember last week, when I suggested that impeaching Jay Bybee might be a good idea? Well guess what …

These memos make it clear that Mr. Bybee is unfit for a job that requires legal judgment and a respect for the Constitution. Congress should impeach him.

Good luck with that.

@blogenfreude: Obama is nothing if not a shrewd politician — there’s no popular will for dealing with this, and without wind in his sails, he’s not going to move on it. (Not at the expense of the things he is moving on, at any rate.)

Impeachment is up to Congress, not the Executive, of course — but a few choice indictments from Holder would put the issue on the table, as would something that could be regarded as a popular outcry. Without that, a stern Times editorial has the same practical effect as a grave Special Comment from Keith.

@blogenfreude: We can dream, but I doubt my own Rep. Nancy Pelosi (D-Spineless SF Values) would even deign to start impeachment. Why give the mouthbreathing wing-nuts something or someone to rally around? I’m not saying you weren’t right, I’m just saying that the answer is to appoint a bunch more liberals/moderates to the 9th Circuit.

Like me or Dodger. We’re waiting for our call…

@nojo: Oh, Nojo, its not that meaningless, the popular sentiment changes all the time, its capricious and difficult to predict, difficult even to keep up with, thats all political consultants supposedly do, try to know what will resonate with the popular mood.

But the mood of the dinosaur major media, and the politicians and leaders whose bubble thinking it usually reflects, is much slower to catch on to things.

Keith has been saying this for 2 years, since the 2006 midterms gave his bosses just enough confidence to let him say it. And now the Times has joined in, thats significant, it is.

The movement toward the mainstream media and the general public viewing what happened as criminal will be incremental, but this is a significant increment.

Its not gonna be ok tomorrow, but its better than it was yesterday.

@Promnight: If McCain can find the place in the back yard where he buried his integrity, his would be good voice to add to the mix. As would Powell’s, presuming Cheney no longer keeps his nuts in that office safe.

Short of that, hope is to be found in the SERE instructor to whom Sully links — someone who participated in the training program used as a perverse “model” for the torture regime, and who can explain the practical value of the Geneva Conventions. (Time to revive that old line: They protect our kids too, not just taxi-driving terrorists.)

But the Times? Well, yes, it’s nice to see Establishment Liberalism weighing in, but it’s as significant as the sun rising in the east.

Did you all see the Moe from Jez was a weekend editor at deadspin? She apparently works at TPM, too.

@redmanlaw: I saw it. She was even worse than I thought she would be.