Teh Ghey Mafia Is Coming For You!

JNOV made another video: 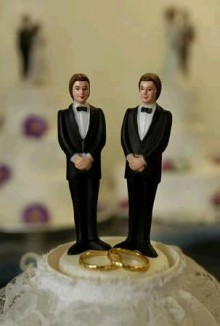 If you haven’t seen JNOV’s thought-provoking video, watch it.  And now, some of the comments left on YouTube by a particularly energetic  commenter:

Gays should never get rights as a married couple because there has to be a man AND a woman present to make up a marriage. Read the book of Genesis. It tells how the men in soddom and gomorrah became inflamed with passion for each other. THAT”S WHY GOD DESTROYED THEM!

Sexual orientation IS NOT an immutable characteristic. There is a reason men have a penis….because it fits in a womans vagina! Its not made to go where your bowels are excreted. Stop fooling yourself! Sexual orientation is a decision you make on your own. So maybe your not so manly and you like lifetime movies. That doesn’t make you a woman, it just makes you sensitive!