The amazing thing about the Bernie Sanders candidacy is the sheer impossibility of it all. He’s 74 — Ronald Reagan was only 69 in 1980, when his age was an issue. He’s a declared Socialist — sure, a Democratic Socialist, but good luck explaining the nuances of European political traditions to an American electorate. And heck, Bernie is Jewish, really Jewish, New York Jewish, in a country where during our lifetime, serious doubts were raised about the electability of a Catholic President.

Did we say impossible? We meant inconceivable.

END_OF_DOCUMENT_TOKEN_TO_BE_REPLACED 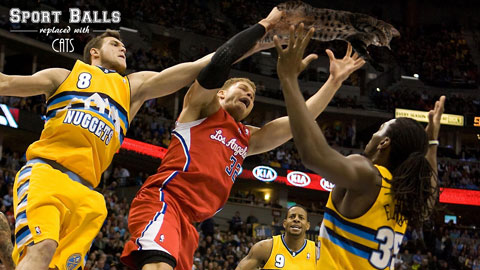 Our Brain Hurts A Lot

END_OF_DOCUMENT_TOKEN_TO_BE_REPLACED 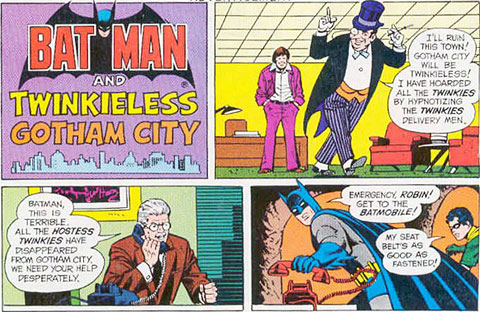 Penguin: “I’ll ruin this town! Gotham City will be Twinkieless! I have hoarded all the Twinkies by hypnotizing the Twinkies delivery men.”

Commissioner Gordon: “Batman, this is terrible. All the Hostess Twinkies have disappeared from Gotham City. We need your help desperately.”

Batman: “Emergency, Robin! Get to the Batmobile!”

Robin: “My seat belt’s as good as fastened.”

END_OF_DOCUMENT_TOKEN_TO_BE_REPLACED 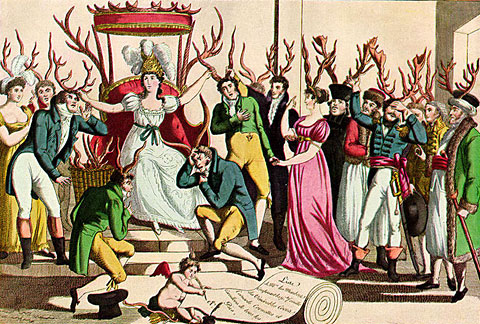 Our guest columnist is not necessarily the husband of David Petraeus biographer/squeeze Paula Broadwell.

My wife is having an affair with a government executive. His role is to manage a project whose progress is seen worldwide as a demonstration of American leadership. (This might seem hyperbolic, but it is not an exaggeration.)

END_OF_DOCUMENT_TOKEN_TO_BE_REPLACED

So I’ve just been hanging here, watching you humans hold your election, and I’ve been thinking: Why all the artifice? Why not just howl and spit and bare your fangs and extend your claws and fight madly for ten seconds and get it out of your system? Then, when it’s all done, you can head for the woods and fuck your brains out.

That’s what I’d do, anyway. But what do I know? I’m just a Higher Mammal.

Crazy for kittehs: the quest to find the purring heart of cat videos [Wired, via Sully]