The Year of Living Hopelessly 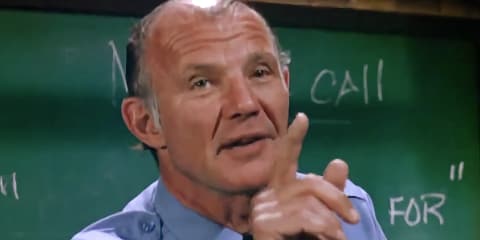 Things are not going to get better.

It’s not that the problems are too entrenched, it’s that the people are too stupid. Enough of them, anyway. Enough of them to tip the balance in a system that’s already wildly imbalanced in their favor.

We’ve run out of hope.

END_OF_DOCUMENT_TOKEN_TO_BE_REPLACED

First we were gonna write about the Department of Justice pulling out of negotiations to compensate migrant families torn apart by one of our more recent crimes against humanity, and then it was gonna be how Omicron shows the ignorant assholes are winning, and then Manchin comes clean about destroying any hope that remains for doing something about anything, and y’know, fuck it. Just, fuck it. We’re all survivalists now.

Hell is Other Republicans

We must admit, we were surprised on Saturday. We were expecting others to join the Texas GOP’s call for secession — that being the logical next step in the Republican Passion Play — perhaps even a series of tweets from the top suggesting that the faithful take matters into their own hands.

Instead, they started turning on each other.

END_OF_DOCUMENT_TOKEN_TO_BE_REPLACED

Nothing new about that, of course. Something’s never been right.

But something’s not right in a way it hasn’t been not right before. Or maybe we haven’t noticed something not being right like this before.

Maybe we hadn’t been born yet.

END_OF_DOCUMENT_TOKEN_TO_BE_REPLACED

The Most Offensive Video Ever?

From the final episode of one of the most beloved shows ever produced by the BBC. This is what crushed the competition back in 1978. Though for some reason it never caught on in the States it achieved an international following and led to stage versions that toured for years coming in to the West End for seasonal engagements.

Offensive? Undoubtedly. It was a nightmare then and has not improved with age. Most offensive? Look at that choreography! Dear God, have we learned nothing from Michael Kidd?

(Check out Pippa around the 27 mark working her way out of the chorus. One longs to reach back into the past to tell her: Darling, that’s not how it’s done.)

George Soros is Behind the Stinque Zombie Bible

“On his November 30 radio show, Beck said, as he’s prone to do, that ‘the storm is here,’ adding that ‘Wikipedia is just a part of it.’ One of Beck’s sidekicks quickly stepped in to correct it to WikiLeaks. Beck then asserted that Soros ‘helped develop software’ for Wikipedia. Sidekick Stu Burguiere responded, ‘I’ve read this before, but I don’t think it’s actually accurate.'” The free software is called MediaWiki, and — surprise! — we use it too. [Media Matters]

Speak Through Fox, Dance Through ABC

The 2012 Presidential Campaign kicks off in high style tonight at eight:

Our spies say security guards at CBS Television City in L.A. — the place where “Dancing” is broadcast — is on “heightened alert.”

Well, so are we! Almost enough to liveblog it, except we’re on the Left Coast, so it would be more like a Tape-Delay Blog, which takes all the fun out of it. Especially the fun that would ensue if there’s a security breach on live television, in which case protecting Mama Grizzly is a “higher priority than Bristol.”

And speaking of The World’s Luckiest Unwed Teen Mom:

Palin, 19, calls herself “naturally shy” and wants to make sure she sets a good example for her son, Tripp, 20 months.

Yes, we remember how proud we were at 5, to learn that Mom had whored herself out on national television before we could walk.

Bristol Is Miss Modest in Her Dancing Costume [People, Sept. 7]