The End of History Post-Credits Scene 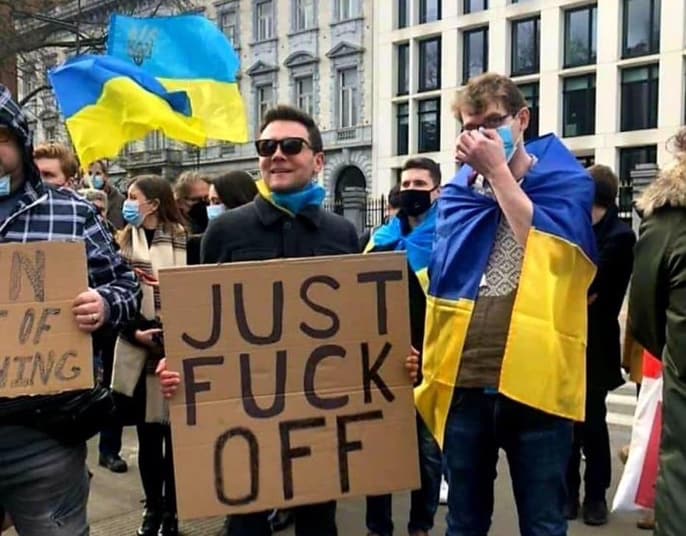 Hey, remember how the Berlin Wall fell and the Soviet Union collapsed and everybody went Yay! and then American conservative ideologues thought it would be a bright idea to immediately privatize a major economic system that had been centralized for generations and then all the power ended up in the hands of a few oligarchs who were then easily cowed by a former KGB agent on the make and now shit’s perennially fucked for the neighbors?

nojo
10:28 am • Sunday • February 20, 2022
comment »
Choose Your Delusion
A Modest Proposal for the Canadian Trucker Insurrection The Lighter Side of Armageddon
12 Comments
¡Andrew!

Have they tried playing Ram Ranch to scare off the Ruskies?

It’s one of the world’s greatest historical ironies that Ru$$ia is now the kind of brutal kleptocracy that Republinazis want instead of the US.

@FlyingChainSaw: Ask your doctor about treatments for invasive parasites.

@ManchuCandidate: I get that Puttie needs to create a crisis to drive up the prices of oil and natural gas, as well as to distract the Russian public from their disastrous kleptonomy and COVID response, but I don’t see how he benefits from an open conflict.
He just saw the US and its allies eat shit in Afghanistan and Iraq and thought “yep, looks great!”

Frankly, I’d credit him with more brains than starting a land war in Asia—he did successfully install a Ru$$ian puppet as the US preznit—though it’s possible the situation in Russia is far more desperate than anyone knows.

If Puttie demands control of the Dumbass region, just make him governor of Floribama.

Russian stock market had a no good very bad day, but then I read that the kleptocracy keeps its munnies offshore, so carry on.

Since I just got curious: “Kiev” is based on the Russian spelling, “Kyiv” on the Ukrainian, which is why that switched when you weren’t looking. Government campaign.

Stinque needs to start selling NO ONE FUCKS WITH THE COSSACKS! T-shirts!

Graphic content: Cossack Calvary on horses rearing up in front of a Kremlin in flames!

Here’s something to cheer you kids up.