Stinque
Home Latest Comments Log in
If it smells, we’re on it.
Stinque
Miscellaneous Top Secret Documents.
News You Can Abuse

Knowing What’s In It 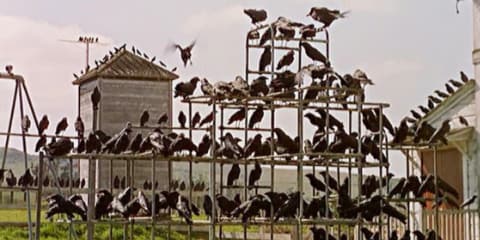 Back when we were a reporter in McMinnville, Oregon, we covered a dump.

Sorry, landfill. When you’re a reporter, you have to be careful with your terminology.

And not just a landfill, but a new landfill, a landfill that was to go where no landfill had gone before, at least in Yamhill County. Not in anybody’s backyard, but next to some farmland, and a creek. Virgin soil.

Fronting the operation was a colorful, crusty old local dump operator. But the money behind it was big — Waste Management Inc., the folks with the green dumpsters. They flew in a slick guy to work the locals, including the local reporter. Had the example been available to us forty years ago, we would have said he was there to sell the town a monorail.

Some of the good townspeople weren’t happy about this — they had another crusty old dump operator leading them — and so the siting became the setting for an epic battle, with us, the earnest young journalist in his first job, smack in the middle.

When we think about national news — particularly national political news — we think about that job, covering county government and the school district for a thrice-weekly community paper. We think about the conscientiousness with which we approached it, explaining arcane details of landfill sitings and school budgets for — well, for the readers, of course, the fine citizens of the humble backwater burg. It was our job to understand esoteric things like Impermeable Linings and Leachate, so we could translate technicalities and potential consequences into English for folks who didn’t have all day to do the homework.

Our job, dammit. That’s what makes journalism a profession.

Which is why, when we see a comment like this from a former Reuters reporter while we’re doomscrolling, we get a wee pissed:

“So much advice for ‘the media’ on this platform today. It’s up to *candidates and parties* to clearly communicate visions & platforms, not on us to do it when they cannot.”

Uh, excuse us? Say what you will about Terry McAuliffe’s failed campaign for Virginia governor — and good lord, people have been saying everything — but your fucking job, ma’am, is to cut through the crap and let your poor readers know what’s up, what’s on the line. If Republicans run a duplicitous campaign about critical race theory, it’s not your job to critique Democrats about their poor messaging on the subject, but to lay out the hollowness of the charge itself.

Yeah, we know — we’re so fucking adorable that way, still giving a shit about a profession that gave up on itself long ago. Political journalism in America is not just a failure, but a cancer, ignoring the issues to dwell on the personalities.

CNN makes you stupid, we’ve said for years. So does everybody else.

“We have to pass the bill,” Nancy Pelosi famously — infamously — said during the Obamacare battle, “so that you can find out what is in it.”

That’s the part you know. The part you don’t know is how she completed the sentence: “away from the fog of the controversy.”

Which is why only now are we hearing — after months! — what’s actually in that infernal infrastructure bill that’s caused so much enduring grief. It passed! Here’s what’s inside! Nationwide replacement of lead waterpipes! Yay!

Sure, we could have looked that up at any time, informed ourselves just what Old Joe Manchin was pontificating about from the back of his yacht, but then what the hell are the reporters covering the story doing for us? Why should we give a shit that their careers are in peril when they don’t do shit to serve us, when instead all they do is provide a noisy distraction from our national institutional collapse?

So, yeah. Fuck them. We’re on our own, as citizens, struggling to be enlightened, the First Amendment thrown in the dump long ago.

Speaking of which! That dump — sorry, landfill — we spent so much effort to cover forty years ago? It closed last summer. And our old local paper was on it. Now there’s a narrative.

The News Register (to which I subscribe, print and digital), and other small local papers that are still hanging on, do the all-important job of staying on top of the politics that actually affect one’s daily existence: the shenanigans of city councils and county commissions. The NR, which takes a surprisingly liberal editorial stance, has its hands full with all the crazy in Yamhill County government.
Too many “journalists” today are stenographers who see their most important task as writing a clickbait headline and lede. All about the clicks, baby.

@Mistress Cynica: Does the Resister still call itself “An Independent Republican Newspaper”? Took me awhile to get used to that.

@Mistress Cynica: Hey, my old house is still there, next to the bike shop at 1st & Baker! Second floor, back.

@nojo: No political affiliation mentioned, and they’ve endorsed candidates of both parties. There’s plenty of local sports and fluff, but I’ve appreciated their coverage of the nutcases on the county commission and the funding behind them.