The Gravity of the Situation 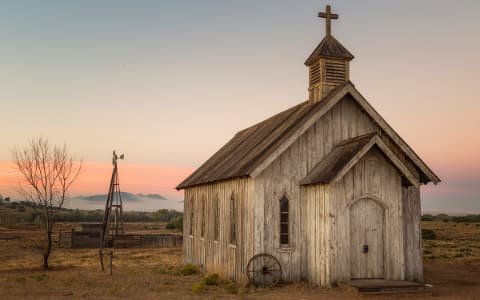 The story coming out of the New Mexico filming location didn’t make sense to us until we read about the assistant director. The AD, if you’re not familiar with the industry or don’t watch DVD extras, actually runs the set. The director may be in charge, but for the crew, the AD’s the Boss.

And the crew was having problems with this one, particularly over gun-safety procedures — to the point there was a walkout Thursday morning, with notices posted to hire replacements.

The problem was that the AD didn’t give a shit.

We’re no movie armorer, but we’ve watched enough extras to know that anything that goes boom on a set, big or small, involves a lot of procedural precautions. And we’re old enough to remember Brandon Lee. That shit’s dangerous. Even blanks.

That’s how it’s supposed to work, anyway. But if your AD doesn’t take it seriously — or even worse, is dismissive about it — well, here we are.

At that point it’s not about the details, but the inevitability. The tragedy was waiting to happen. All because the person in charge refused to acknowledge the gravity of the situation. One with well-known consequences if things aren’t done right.

We’ve been wondering since the story broke why we’re so interested in it. We couldn’t care less about Alec Baldwin. We don’t know the director who was injured, or the cinematographer who died. We don’t work in the industry, or live in Santa Fe.

Perhaps it was the way shit can go south so quickly, in the blink of an eye. You go to work, you go to school, you go to church, you go to a nightclub — something normal — and suddenly you’re a national news story.

But reading about the AD nailed it for us. We haven’t been alone screaming into the void about the state of our democracy, the state of the planet, the inevitability of what’s coming, what’s already happening, if safety protocols aren’t followed. And never mind the millions of people who are so estranged from reality that they’ll never get it. There’s always an AD — or two — up the chain of authority who refuses to take it seriously, to see the gravity of the situation.

And then the predictable, inevitable shit happens, and it’s too late.

If you read about this story, you’ll hear about union crews, production schedules, air guns, digital effects — industry stuff, all reasonable, all important. But if you read into this story, you’ll see how depressingly typical it all is. We’re just hearing about this one because the guy who fired the gun does a wicked Trump impression.

nojo
1:00 pm • Sunday • October 24, 2021
comment »
Choose Your Delusion
Ten Happy Things to Think About Instead of Everything Else STAGE FOUR FACEBOOK IS METASTASIS
3 Comments
Steve in Manhattan

My one care about Alec Baldwin is that I can’t imagine living with this. He must be questioning his very existence. “Shouldn’t someone have checked it? Checked it again? Should I have checked it? How do I even begin to speak to her husband and son?”

@Steve in Manhattan: Baldwin has his faults, but I respect that he had the courage to meet with Halyna Hutchins’ husband and son. And I can’t imagine living with the guilt.

To Nojo’s larger point, I’d make an addition to “avoidable things becoming inevitable through aggressive, sustained ignorance.” On the Rust set and in our democracy–or what’s left of it–narcissism and arrogance are as poisonous as ignorance. One could argue they’re worse, as the narcissists often know better but just DGAF.

@Mistress Cynica:
Yeah, I’ve been a victim of narcissism in both personal life and career.

Lived with one who nearly burned down my life (with indirect help from the workplace one) and nearly got fired because of the workplace one who I had the pleasure of giving him a taste of what he did by torching and ruining his career.

Plus my life has been flipped around since my former tech darling now business school joke employer burned down because of several fucking shitbag CEO/narcissists.

I’d rather suffer ignorance as it can be cured.