Got a Good Reason for Taking the Easy Way Out 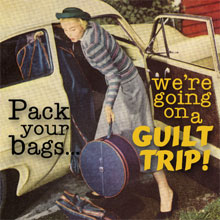 Our guest columnist is Jim Messina, campaign manager for Obama for America, who’s stepping up his guilt-tripping in the final days.

According to our records associated with this exact email address:

You stepped up and made your mark in 2008 — but it looks like you haven’t made a donation yet to the 2012 campaign. With five days to go, what’s holding you back, Nojo?

Message received, Jim. You know where to find us when you prosecute the Bush War Criminals and pass the Public Option.

On a personal note, I made it past the interview with the hiring manager. Now it’s the final interview early next week.

@ManchuCandidate: That’s great news.
Best of luck to you.

@ManchuCandidate: Good for you.

I’ll donate 15 bucks for every banker Obama fists to death on ESPN2.

Would I have preferred a public option? You bet. But I put the blame for not having one squarely on the shoulders of Joe Lieberman and the other blue dogs, not Obama. Woud I have preferred to see Wall Street’s gang of crooks thrown in the tstocks for life? You bet I would. But I’m not fooling myself as to how easy it would be to prosecute the people who really run this country. That requires more than just justice: it requires a n actual revolution. The day you nsee those guys in jail, there’ll be a guy in a beret reading revolutionary proclamiations from the steps of 1900 Pennsylvannia Ave.

@Serolf Divad: A little leadership would also have helped. I’m not opposed to compromise, but it doesn’t help to announce you’re caving before you sit at the table.

And, without getting too much into the weeds, letting Wall Street and War Criminals off the hook without even a pretense of going after them sets a really bad precedent. When Preznident Mitt starts bombing Iran, he can claim bipartisan history.

@nojo: No money to Unicorn yet, but I got my credit card bill today -seems that in the past month I made lots of donations to good causes: Mistress Cynica‘s winery kickstarter campaign, Claire McCaskill; Tammy Duckworth, Planned Parenthood’s PAC, and the pro-gay marriage side in Maine, Minnesota, and Washington.

Phew! No money for Festivus presents at this rate.

My total this cycle is somewhat random, because I’ve made donations in the usual denominations but also bought campaign swag (the same Biden beer koozie as Lefty has, plus an O’bama tee for St. Patrick’s Day), and the obsessive compulsive part of me wants to give a tad more just to make it an even number.

@mellbell: Oh, good point, I guess the Biden beer koozies and the magnet with Bo’s face on it do count as donations to the campaign.

@ManchuCandidate: May you and Obama prevail!

My first two EVER political donations were this year.
$1000 to Elizabeth Warren and $100 to Tammy Duckworth. I live a long way from either of them, but in the same country.
And that’s it until as Nojo sez:
“when you prosecute the Bush War Criminals and pass the Public Option.”

@RevZafod: Obama 2008 was the only time I’ve ever donated to a political campaign, so I’m actually reverting to the mean. Besides, gotta save my pennies for when I’m thrown to the health-insurance wolves.