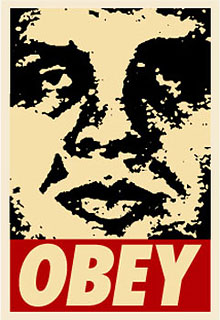 During our Summer Vacation! from blogging, we’ve been trying to nail down what annoys the shit out of us about American politics.

The proximate cause was the situation we found ourself in at the end of Spring: With the Republican nomination decided, the Usual Suspects were saying the Usual Things, and after four years, we had exhausted our Usual Responses to them. It had all become Kabuki theater. Or endless reruns.

Also, there’s not much to say about Mitt’s Lies, except that Mitt is an Interminable Liar. Ideologues are a lot more fun. Ideologues seriously propose American statehood for Moon bases.

But it wasn’t until listening to Dana Gould’s latest podcast — Gould is best known as a former Simpsons writer — that we heard the specific reason for our Summer of Discontent:

“Politics is professional wrestling with ties.”

Gould was specifically explaining why he doesn’t care for Outraged! Tweets! about whatever abomination just spewed from John Boehner’s mouth: Whatever politicians (and, we’ll add, political bloggers) say, it bears the same relation to reality as whatever professional wrestlers say. It’s all Showtime!, and it’s all intended to provoke the appropriate Boo! or Hooray! from the crowd.

Which isn’t to discount the entertainment value of professional wrestling, or American politics. Until you reach the point where you’ve heard it all before. Then it becomes Been There, Done That. The thrill is gone.

Nor is it to discount the fact that sometimes Serious Shit Goes Down, which has Bad Consequences for Real Lives. But you don’t need us to tell you that. Moral Preening isn’t particularly enlightening or entertaining. Which is why we can barely stand Lawrence O’Donnell for five minutes until we desperately switch to streaming Ren & Stimpy on Netflix.

But with all that discounted, the fact remains: Politics is boring right now, save for the occasional Fast Food Culture War Skirmish, which somehow overlooked a very popular Southern California hamburger chain that’s famous for religious inscriptions on its soda cups.

It’s too soon to say whether ours will be a Permanent Vacation. But until politicians and politicos stop plagiarizing themselves, we’re finding our Obsessive Extracurricular Geeking to be a lot more productive than finding Something to Talk About four times a day.

True about In’N Out. On the other hand, In’N Out seems to be fans of the Earl Milford School of PR unlike the chicken people.

But even if you don’t feel like talking about politics, Nojo, there will always be Panda Cam!

And sex scandals. My local fishwrap has some stories on the Boy Scouts of American and how they dealt with pedophiles. One guess whether they reported these guys promptly to the police. Apparently they are more concerned with gays and atheists than in keeping, let’s just say, convicted child molesters away from the little boys.

@Dodgerblue: Jeez, taking a page from the Vatican’s Department of Damage Control and Risk Management.

@SanFranLefty:
More like making big assumptions about their own volunteers. I was a Boy Scout and I’ve known a couple of really creepy leaders that I just stayed away from.