The Stinque Guide to Movie References 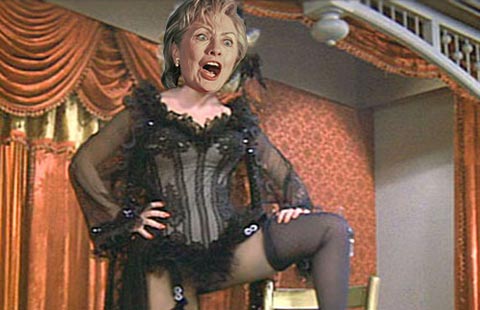 We’re still steamed that Salon would overlook Heaven’s Gate in a list of “worst movies”, especially when The Movie That Killed a Studio all but defines the category.

Instead, it crossed our mind that the role of film in our life as an Accidental Blogger (see what we did there?) is to provide go-to references. And two years into this gig, we’ve gathered a collection of favorites for repeated harvesting. That most of them seem to have been made during our adolescence — well, that can only be a coincidence.

We’re limiting entries to ten, because the point of such exercises is to make Painful Decisions, as well as provoke Harsh Criticism that we didn’t include A Fish Called Wanda.

Kewl. Now you need to do television, music and books.

“It goes to eleven.”

“Get these motherfucking snakes, etc.”

“Was it over when the Germans bombed Pearl Harbor?”

I’m smarting from your diss of Wanda and Spinal Tap.

Nojo, that picture is offensive to community standards.

“You know what they call a Quarter Pounder in France? Royale with cheese.”

We don’t need no stinkin’ badges.

@FlyingChainSaw: YES! I demand Cristiano Ronaldo or I will sue for intentional infliction of emotional distress and loss of consortium.

Don’t judge, but I’ve seen two three of these: Airplane, the Star Wars thingy, and Life of Brian. Considering I’ve absorbed reference to almost all of others through osmosis, are there any of the remaining that my life is significantly less enriched as a result of not seeing them all the way through? It’s a gray and rainy day and I cleaned the apartment already last weekend, so it’s an ideal day to do something about it. ADD: I’ve seen other Mel Brooks movies and they’ve all left me cold, so I’m not going to bother with Blazing Saddles. Black sheriff, farting…I’ve got the gist, right?

@JNOV: Gam shots of the Swampsow are just beyond the pale.

@flippin eck: Oh, child. Late Mel Brooks is not Early Mel Brooks. He was at his best with collaborators — Saddles had four co-writers, including Richard Pryor, and the idea for Young Frankenstein was Gene Wilder’s.

Black sheriff, yes, farting, yes. But Harvey Korman. And Madeleine Kahn, whom I abused here for purposes of reference. It’s a different experience than those Lame Mel movies that I don’t enjoy either. It’s transcendent.

@flippin eck: BS Has some good moments surrounded by long minutes of dreck, like most of his movies.

A Space Odyssy (aka 2001) is quite wonderful but god knows what it looks like on a small screen. (Hands up who knows who is the voice of Hal? No google. I said, no google! Yes, that means you.) A Clockwork Orange is also very good. Stangelove has wonderful things but is too long and is polluted by an awful performance by Slim Pickens. I loved Apocalypse when I saw it but god knows what it looks like now on a small screen. Very ambitious and quite mad. Buddy of mine was hired for six weeks and was on it for almost a year. Gotta love that.

Might I suggest if you’re looking for a rainy day treat you turn to The Lady Eve? Preston Sturges writing and directing the young and foolishly handsome Fonda, Stanwyck at her zenith and all-around swank fun. Also good and perhaps unknown to you is Midnight with Colbert and a hilarious John Barrymore, Mary Astor et al. looking further afield I loved Amarcord when I saw it and Cinema Paradiso (NOT the director’s cut) will turn around in its last ten minutes and reduce you to a quivering pulp. Another overlooked movie that will hammer nails into your heart is Limelight with, by, for, and about Chaplin. He quite often scares me but I start to cry after 10 mins of Limelight and end up going boo-hoo and having to be taken out of the cinema.

And I just saw Hud the other day. Wonderful film with Newman as its weakest link.

@Benedick: god knows what it looks like on a small screen

Kubrick knew how to paint the canvas, and he painted on a very large canvas. My stock example for that isn’t 2001, but The Shining. There’s a scene where Jack is swinging the axe at the bathroom door, and the camera follows the blade back and forth. On a big screen, it makes you dizzy, as intended. On a small screen, meh.

He also knew sound. Early in The Shining, as the kid rolls around the hotel on his Big Wheel, he travels over hardwood floors and rugs. You feel the change in texture, much like driving on a highway between concrete and asphalt. I imagine this can be duplicated with home audio — but only if all other sound is blocked from the room.

@Benedick: Thanks for the tips–I’ll put them on my list! Also, what was that Bollywood/Hindi film you were pimping a while back? I haven’t indulged in one of those in a while, and they’re great fun.

@flippin eck: We should shouldn’t trade: first day of sun and clear skies in weeks today. Finally. Of course it’s the day I was planning to catch up on rainy-day indoor tasks. Le sigh.

@IanJ: You should consider this lovely technique of which I’m an expert: procrastination.

For me, there is only one response. My blogging crucible.

How dare you leave out Lebowski.

But that was the List Twist: Utility. I just don’t find myself referencing Lebowski that much.

@nojo: Quite right about Shining. I like it a lot but try to explain its atmosphere to someone who hasn’t seen it on a big screen and you can’t. There’s also a moment in Full Metal Jacket when we enter Hanoi and the band is vamping for Nancy Sinatra and I remember a dizzying, falling movement. On DVD it doesn’t happen. I love that movie, by the way. He was not much interested in actors and sometimes got variable results. I thought in that movie everybody pretty much did what they needed to do.

@flippin eck: That’s more than two weeks ago so God knows. But I like Mission Kashmir. Krishh is adorable on account of the way the superhero makes the baddies apologize for their bad behavior. There’s the one about cricket. They tend to all roll into one great singing dancing shirts off wet frocks event.

“All I ever wanted was to be a gangster.”

@Benedick: One of the very best in the business. Now works almost exclusively at Stratford, ON. Says he taped the whole part in an afternoon.

Anyhoo. Today in WTF? Elton John is set to be the entertainment at Limbaugh’s 4th wedding over the wekkend. It’s happening in the Breakers at Palm Beach. Really. Elton John. Rush Limbaugh.

@flippin eck: I’ve been told that this is one of the best of the year. I almost picked it up yesterday, but half of the actors are in town this weekend and making my life friggin miserable (woke up this AM at 2 with fans chanting outside the building…grrrrr!).

@nojo: I remember that Big Wheel scene quite well, yes. Looked for “Network” in my local movie shop yesterday, no dice, they may burn find me a copy soon, however.

@Benedick: Gawker was running a contest to come up with the message on the banner they’re hiring a plane to run over the wedding. Here are some of the best suggestions, they have yet to reveal the winning message. My money is on “Happy Fourth Wedding From The Gays” or “You Look Fat From Up Here”

AND: The Psychological Warfare of Sasha and Malia Obama – my favorite one was when they were howling with laughter at Barack’s fashion sense and Sasha said “Daddy had an AFRO!!”

@SanFranLefty: “Open Your Mouth, We’re Dropping Pills” is pretty funny, but I confess that I simply don’t get “8==D”.

@Benedick: Maybe this photo spread would get you interested in Sport. Soccer players are hot. Homofascist had this spread on display for me and flippin’ to enjoy when we were over at his casa.

@SanFranLefty: That behind-the-scenes video is quite nice. It kept stopping to buffer, which usually makes me want to hurl my laptop across the room…but in this case I didn’t mind so much.

@SanFranLefty: Let’s just hope that Landon Donovan has been seeing his shrink regularly enough to not fookin choke this Cup around, eh wot? All kinds of furrin playas are dropping from injuries, Ima gonna like the USofA to at least make it to the quarters. Our boys are fit, if nothing else.

They play soccer sport in the US? I did not know that.

Thats my Hitler!
I was unavoidably detained.
He’s so stupid, he thinks the Gettysburgh address is where Lincoln lived.
Aww, Mongo Straight.
I didn’t get a harumph out of you.
Do you like gladiator movies, Timmy?
Un-fuck yourself.
You despise me, don’t you Rick? I Well, I might, if I ever thought about you.

the soundtrack alone will have you blubbering. and you’ll laugh out loud too. make sure you rent the subtitled one, the dubbed version is painful. i clearly remember a review i read about it which is perfect:
“a film made by, for, and about film lovers.”
and benedick is quite right…the director’s cut should be destroyed. do not rent.

that’s the only thing civil i have to say about a list not including wanda
or lebowski for quote harvesting.

@baked: The fuck? Why are we awake?

@JNOV:
the baby is sleeping…my only free time, you?

also, it is so godawful humid, the sound of my hair fro-ing is waking me up.

@baked: My sleep schedule is still out of whack thanks to Jr waking me up at Oh Dark Thirty yesterday morning.