Pat Buchanan Makes Our Job So Much Easier 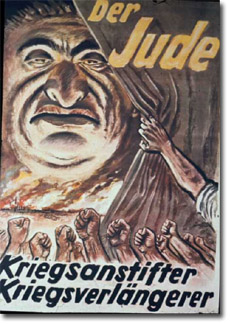 God bless Pat Buchanan. He makes our jobs so much easier. You see, we’ve all known that if you scratch beneath the surface of your typical hysterical teabagger you get an angry white man or woman who’s furious that the browns tricked a bunch of young, white college kids into getting one of their own elected president.

But most of these teabaggers also know that the horrible injustice of “political correctness” means they can’t actually wear their racism on their sleeve and so they go to extraordinary measures to disguise their bigotry. Helps if you’ve got a Jewish niece to hide behind, for instance (Too bad the internets caught you smearing your niece as a “little jewess” and mocking her batmitzvah.)

With Pat Buchanan, however, none of this “political correctness” business matters one whit. And so in his latest syndicated column, Buchannan examines Barack Obama’s Supreme court nomination of Elena Kagan and concludes that liberals are too goddamn Jewhappy:

Is this the Democrats’ idea of diversity?

But while leaders in the black community may be upset, the folks who look more like the real targets of liberal bias are white Protestants and Catholics, who still constitute well over half of the U.S. population.

What’s off, of course is that in an article entitled “Are Liberals Anti-WASP?” Buchanan finds it completely unproblematic that the remaining 66% of the Supreme Court justices are Catholics, though Catholics represent “not quite a fourth of the country.” You could ask the same question of Republicans, couldn’t you? …if you were an anti-Catholic bigot, that is.

WASPy point of view: What do YOU mean WE, Papist?

i mentioned this the other day.
was waiting for the head asplosions.
less than 2% huh. impressive. go team jew.
and another fuck you to the aryan nation.
less than 2% is what makes jews very very nervous.

Pat’s a Nixon man, through and through, isn’t he? Bush the First literally hired ex-nazis for his campaign staff, and his father financed Hitler, but noone squeeked, because he was always discrete with the anti-semitism. Thats the genteel gentile upbringing. Poor Pat, he’s shanty Irish, and he just can’t keep it on the down-low.

@baked: So what you’re saying is that its not true that “nobody” expects the Spanish Inquisition?

@Promnight:
also the kennedys. grandpappy was a supporter of hitler.

in my experience, all anti-semites keep it on the down low, except for the verifyably insane like pat. everyone still feels bad about that holocaust thingy. but let pat off-leash? he’ll tell you what a lot of people think. we haven’t heard the last of this. diversity? yeah there was lots of diversity among the founding fathers. and scotus, before a minute ago.

@baked: Hey Baked, you think that the caricature in the “Der Jude” poster looks like Harvey Fierstein? And the raised fists could belong to unhappy ticket buyers at a performance of Fiddler.

@ManchuCandidate: Thank you. If Pat thinks he’s getting an invitation for the St Cecilia Ball anytime soon, he can think again.

These are the best artistic posters against the Racist Laws of Arizona ( according to my criterion or standard of judgement ) :