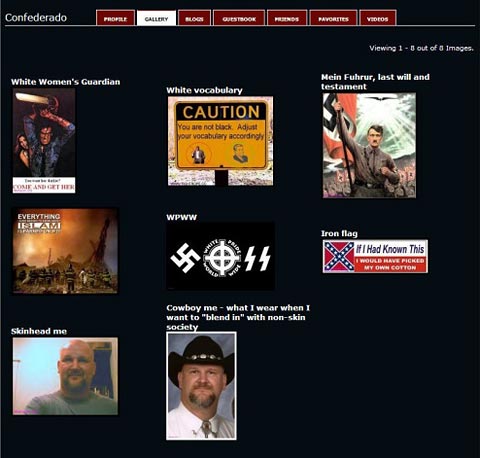 There are so many examples to choose from, we’ll let you follow the links for all the details. Let’s just return to his stated reason for calling WaPo in the first place:

“There is absolutely no way I’d have anything to do with Hitler or Nazis,” Story said Wednesday… “My sister-in-law and my niece are Jewish. I went to my niece’s bat mitzvah when she turned 13 three years ago. Does that sound like something an anti-Semite would do?”

Well, Doug, you tell us:

Oh, it most definitely has a lot to do with people nowadays, my own little brother, who has two kids of his own, can’t be bothered to be worried about things like White Nationalism. He thinks Whites and neeegroes are cousins that are just different colors, he doesn’t want that ever so vile “N” word used around his precious children (I tolerate this because he fixes my truck for the cost of parts); and then we come to my older brother, he went and married a jewess some 18 years ago (I wasn’t aware then, so I couldn’t have stopped him), then 15 years ago, it gave birth to a little jewess, that is so “into” it’s “jewishness” that it invited me to it’s batmitzvah.

I went, to keep peace in the family (that and he fixes my computer free of charge).

One last thing, please don’t hate me for my siblings’ choices.

Got it. Siblings? Make the choice to disown your fucking retard brother. Or short of that, buy him a bumper sticker.

@ManchuCandidate: Which one has Thanksgiving this year?

Also, Doug might want to check out alternatives for pickup and computer repair.

There’s something vaguely “wannabe” about this whole thing…

@Tommmcatt Loves The Giant Floating Head: I’m getting that impression — he’s trying very hard to use the slang and fit in.

Doug also might want to check out this little number … maybe she could polish him up a bit.

He’s all yours, ladies!

Dug is the heart and soul of the GOP.

@nojo: I make it a point to throw up my hands in despair (and pitch my voice at least an octave higher) when any family member asks me to fix their computer. Would you ask your orthodontist to treat you for prostate cancer?

They know better than to ask me about cars or other mechanical manly things.

well, dougy, now you know why your computer is so fucked up.