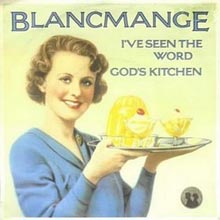 No, Arizona’s not done yet:

HB 2281 would make it illegal for a school district to have any courses or classes that promote the overthrow of the U.S. government, are designed primarily for students of a particular ethnic group or advocate ethnic solidarity “instead of the treatment of pupils as individuals.”

It also would ban classes that “promote resentment toward a race or class of people.”

By our reading, Arizona legislators want to throw you in jail for insulting white people. After which they’ll throw you out of the country.

Not just that, it would ban teachers with accents.

ADD: No word if it applies to teachers with thick Southern or twangy Midwestern accents.

My friend Snarky Indian Lawyer Girl got her Masters in Native American Studies at ASU. They also have a prominent Indian law program at the O’Connor School of Law there.

Well, at least they aren’t openly calling for the crucifixion of anyone suspiciously brown.

@FlyingChainSaw: Not in public. Not yet.

@SanFranLefty: The accent ban appears to be a separate issue, imposed by the AZ Dept. of Education. And it’s just a wee complicated:

Arizona’s enforcement of fluency standards is based on an interpretation of the federal No Child Left Behind Act. That law states that for a school to receive federal funds, students learning English must be instructed by teachers fluent in the language. Defining fluency is left to each state, a spokesman for the U.S. Department of Education said.

Granted that’s a WSJ link, but I don’t think WSJ news has been Murdoched yet. And while there’s plenty of room to doubt the state’s good faith (as local educators do), it’s not quite as straightforward as the legislature concern-trolling the ethnic-studies programs.

@Tommmcatt Loves The Giant Floating Head: I was actually hunting for the Monty Python blancmange sketch, but the album cover caught my eye.

@nojo: The WSJ article also notes that the principals say the teachers speak English fluently, but they have accents. It seems the Department of Ed has conflated fluency with accents.

You and your tribal foods! What-ho!

@SanFranLefty: And there’s where I would need to know more about local conditions: I don’t know enough about state education bureaucrats to say whether they’re misguided, or acting in bad faith.

On the other hand, the legislature lumping ethnic studies with sedition is prima facie.

@Benedick: What is the difference between blancmange and panna cotta? Myself, I’m partial to flan.

What do you want to bet these guys get busted under “Don’t Ask, Don’t Tell”?

Particularly the chunky one.

@Tommmcatt Loves The Giant Floating Head: Ugh. Speaking of which, do you know that they serve sushi at Dodger Stadium? Who would eat that?

Suicides, mostly, I would imagine.

@Dodgerblue: The sushi at PacBell Park SBC Park AT&T Park in EssEff is pretty good. But the garlic fries are better.

@Dodgerblue: Blancmange, properly made, is an old dish of great refinement made from almond milk and snot some other ingredient I have forgot and my source book, Richard Olney’s Simple French Food was leant long ago to an Amerikanski who did NOT give it back and I am too busy cooking soft-shell crabs to go try to find its source elsewhere. OK, big guy, just for you; Milk, bitter almonds, lemon rind, etc, according to Eliza Acton of 1877. You pour it in mould, it sets, you upend it and serve it to your maiden aunt. Panna cotta is some kind of foreign muck and has nothing to do with food. I suspect it comes under the rubric: cheese.

@Tommmcatt Loves The Giant Floating Head: I find nothing gay here (or attractive). This is a time-honored demonstration of the difference between ‘real’ mean– aka Marines– and fairies– aka Lada Gaga (whoever he is). I find nothing new here. Like Sport, this is an outlier of the policing of gender norms and should, I think, be seen as part of the ongoing discussion of DADT. And no, I would not hit it. Kisses.

Dude, the chunky one is totally family. Look at the sashay! Straight guys don’t have hoips that move that way.

@Tommmcatt Loves The Giant Floating Head: I don’t think so. I think he’s ‘doing’ gay. And BTW. What are we feeding our boys? Apart from cock I mean?

The ginger one is sooo cute. According to JoeMyGod, he’s married (to a woman?) AND he’s gots two mommies.

For some reason, my mom’s developed quite a Texas twang over the last few years. It cracks me up when she says stuff like “KRISmus in DEEsimbur.”

@Benedick: I happened to have Olney’s Simple French Food on the bedside table. No blancmange.

@Original Andrew: Well, I can’t snark, since I still say “LIE-berry” for the place where you go check out the books. And I have to call myself an attorney because I pronounce the other word “Lauyer”

Isn’t mange something you scrape off of cats with steel wool?

@Mistress Cynica: Damn you and your librarian ways (though totes thumbs up on Olney by bedside!). I was wrong so stone me! It actually appears in the not quite so ridiculously sublime follow-up The French Menu Cookbook. On p 222, as it happens. Blanc-manger (trust M. Olney to show us how to do pompous aright), a Bavarian Cream (crème bavarois, staple of the Franch cuisine) made of almond milk. “Formed in an elegant old-fasioned jelly mould (I’m quoting here), trembling, opaque, creamy-white, its delicate purity should never be marred (perish the thought, mon vieux!) – visually or tastewise (ouch! Americansh will out) by a sauce or any other garnish. Accompanied by a great Sauternes, both attain sublime heights”

Give me a great Sauternes and I do pretty well too.

On that note of sublime pretentiousness – Olney was a gay boy from Iowa who went to France in 51 – I will high me to mon chambre de lit pour le dormir enorme.

But that is what is blancmange.

OK, now how do you teach it to play tennis? *ducks*